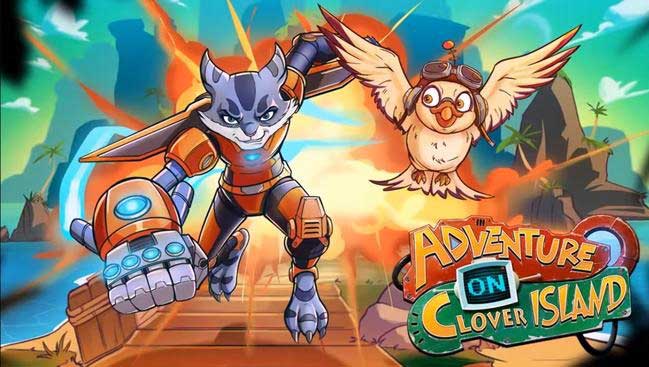 A Diamond In The Rough: Skylar & Plux: Adventure On Clover Island 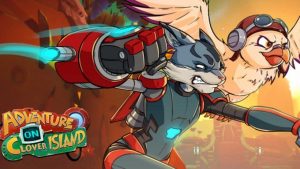 3D platformers rise from the ashes with Skylar & Plux and Yooka-Laylee at the forefront.

Long-time and new platformer fans rejoice! The moment you’ve all been waiting for have arrived! As of Wednesday 29th March, Skylar & Plux: Adventure On Clover Island finally have an official release date! Mark your calendars and save the date!

If you want to know more about the aforementioned game and its premise, I suggest you read my previous article.

In light of the release date trailer, the aforesaid game is slated for 19th May 2017. Along with the official release date, the prices are €14.99 and $14.99 (unfortunately, the UK price of the game isn’t presented in said trailer) and it will launch on Steam, PlayStation 4 and Xbox One. Strangely enough, it won’t come out on the Nintendo Switch. Sadly, at the moment only a digital version of the game is available to buy and download. Therefore, there isn’t a physical version.

You can tell right off the bat this game draws heavy inspiration from the nostalgic, open-world 3D platforming titans of yesteryear that defined the platforming genre such as Ratchet & Clank, Jak And Daxter, Sly Cooper, Super Mario 64, Super Mario Sunshine, Banjo-Kazooie, Crash Bandicoot and Spyro The Dragon. With that being said, it’s like Ratchet & Clank and Jak And Daxter had a baby (with a tinge of Sly Cooper thrown into the mix if the cartoonish 2D art style and the 2D animated scenes are anything to come by). 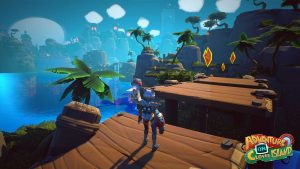 The floating gems will provide support for Skylar and Plux later on in their quest as stated in the tutorial footage. 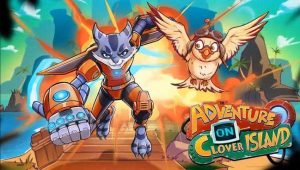 This picture from the teaser trailer introduces the main titular buddy-duo: Skylar Lynxe and Plux Owlsley.

Within the release date trailer, it revealed a lot of things such as the female narrator projecting her voice into the open air as the massive double doors open to reveal Clover Mountain, a bird’s eye overview of Clover Island, Plux’s recent younger-sounding voice instead of his previous Irish/Scottish-accented voice, Clover Mountain, Forlorn Desert coming into view, the recently-revealed voice of the mechanical arm and so forth in no particular order. 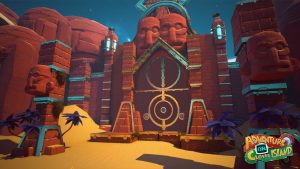 As stated by one of the tweets from the official Skylar & Plux Twitter account which I’ve forgotten to mention in my previous article, Skylar is a silent protagonist just like Jak from Jak And Daxter: The Precursor Legacy. Similar to Daxter, Plux is the goggles-wearing, talkative sidekick and he serves as the comic relief.

According to one of the tweets the official Twitter account of the game posted, a first playthrough lasts for 2.5 hours to 7 hours depending on if the player rushes through the aforementioned game or takes their time to traverse through Clover Island and collect all of the collectibles as well as the numerous challenges and tasks the aforesaid game have to offer.

@Trevor_Trujillo Depends on the player but 2.5h – 7h depending on if you rush through or explore the whole island and collect everything.

Unfortunately there are some sad news for the die-hard completionists, there is no platinum trophy, which is usually acquired when all of the bronze and silver trophies are earned and unlocked when the tasks and missions are successfully completed and if certain requirements are met as stated in a recent article. Therefore, this game might be the first PlayStation 4 game to not include a platinum trophy.

To make matters worse, there isn’t a physical version of the game being in the works or it isn’t getting released as mentioned in one of the recent tweets the official Skylar & Plux Twitter account uploaded. As said by the tweet below, since Right Nice Games is an indie video game developing team, their resources merely go into the quality of the game instead of mass-producing physical copies of it.

@TheBoneHeadClan Unfortunately, no. They’ll be surfing the tubes. As an indie studio, our resources had to go to game quality instead of packaging. Sorry!

At the moment, information about whether the game will contain a map or a mini-map haven’t been confirmed yet. Naturally, most 3D platformers either include a map that can be accessed via a pause menu or a mini-map is shown at the bottom left or right side of the screen.

As to be expected, this game is faced with a hefty amount of backlash. To the Xbox One gamers, this game is the Ratchet & Clank of the Xbox One or it’s the Ratchet & Clank game they never played and received. To the PlayStation players and the minority of the Ratchet & Clank fanbase, it’s a poor man’s Ratchet & Clank. I don’t want to sound like a broken record but people really need to stop making unnecessary and unfair comparisons. Just because this game shares the same similarities with Ratchet & Clank and earlier 3D platformers from the 90’s and early 2000’s doesn’t make it a rip-off or a bootleg. In this day and age where 3D platformers are scarce, we can’t afford to hate a game before it’s released or judge it by its gameplay, characters, character designs, level designs, character animations and so forth. There’s a fine line between loathing a video game before its release date and judging it unfairly without giving it a second chance. Furthermore, there is also a fine line between a video game made out of pure passion (in other words, a love letter or a tribute) and a cash cow cashing in on nostalgia. Yes, I’m looking at you, Fur Fun (formerly known as Kewpie-Jazzy)! Claiming Skylar & Plux is a rip-off of Ratchet & Clank is like accusing Banjo-Kazooie to be a knock off of Super Mario 64. If you’re curious to check out the true rip-off of Ratchet & Clank, Ruff Trigger: The Vanocore Conspiracy (storyline wise, it’s literally Ratchet & Clank 2: Locked and Loaded, copied word for word) is your answer.

Don’t let the negative nancys prevent you from trying out Skylar & Plux; it might surprise you just like the Shantae series have surprised me. If you’re a platformer or a Ratchet & Clank fan, then it’s a no brainer this game will make you feel right at home.

Archive of Our Own Profile: http://www.archiveofourown.org/users/Flowerstar/pseuds/Flowerstar

Keep in contact with the game, Right Nice Games and Grip Digital: