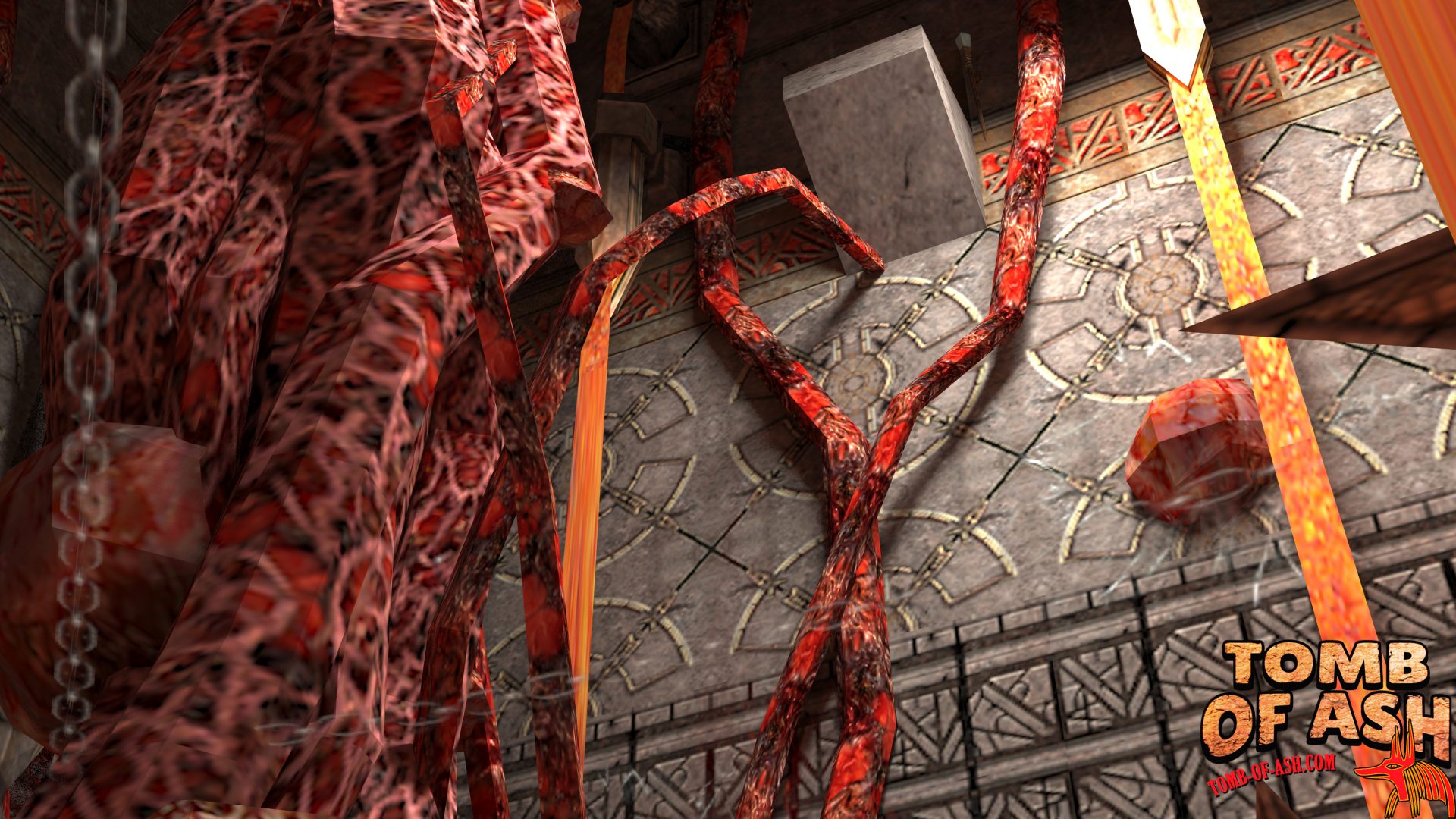 From our own analysis (and this is just our opinion)

It seems there’s a control panel on top of the level. It’s shaped in a form of a scion and is probably the place where Natla, Tihocan and Qualopec were ruling Atlantis from.
It also seems Core Design were importing the original levels from Tomb Raider I (1996) and would then build a new level on top of old geometry to make it more faithful to the original. This can be seen from the amount of original assets and areas still present.