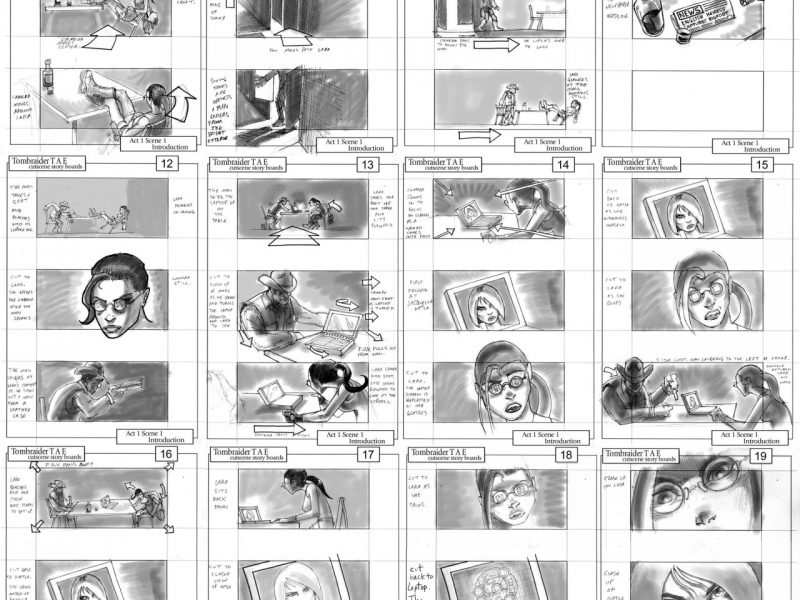 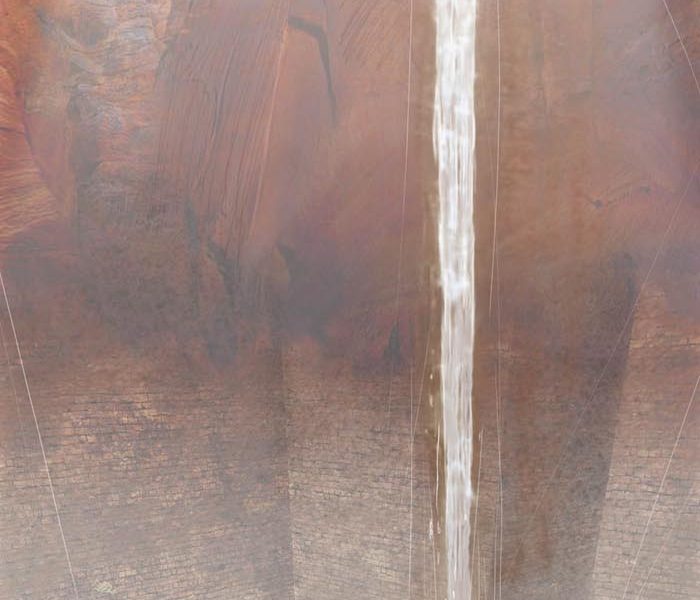 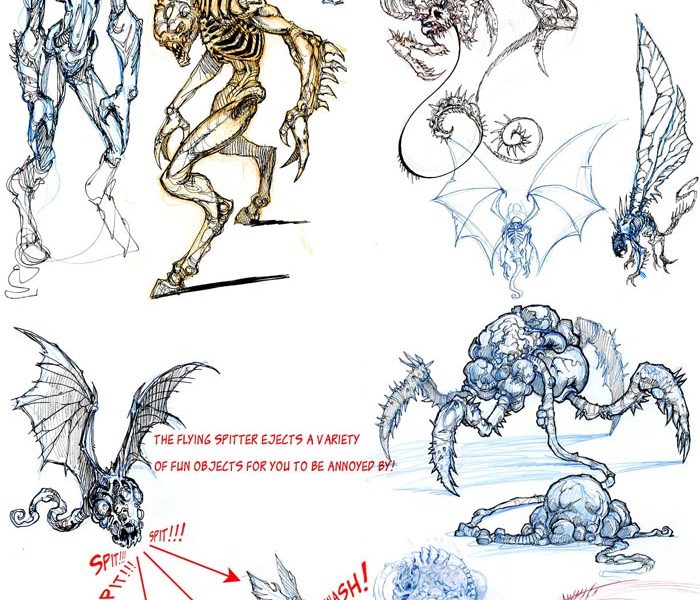 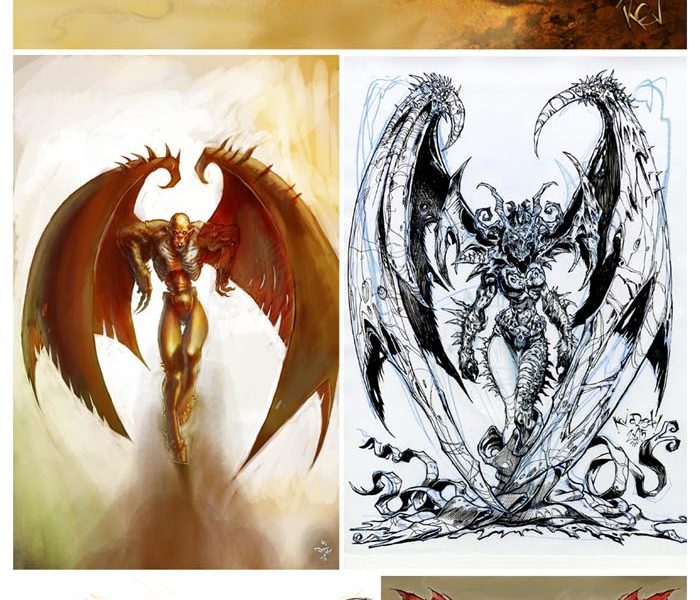 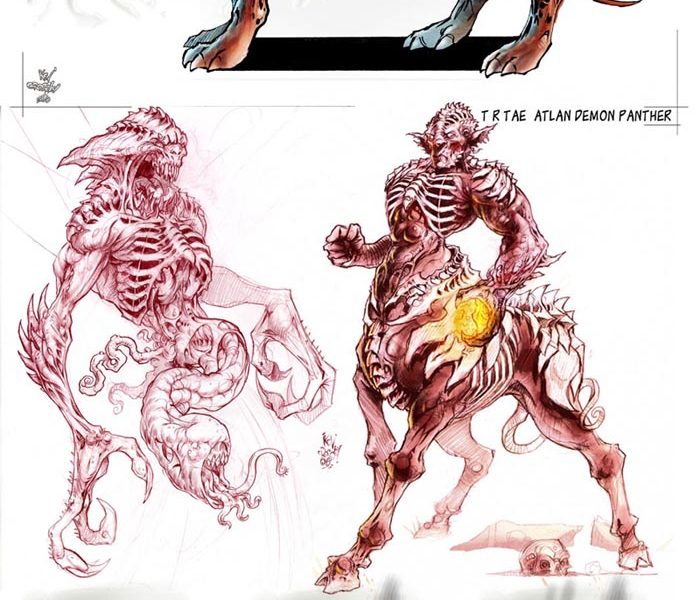 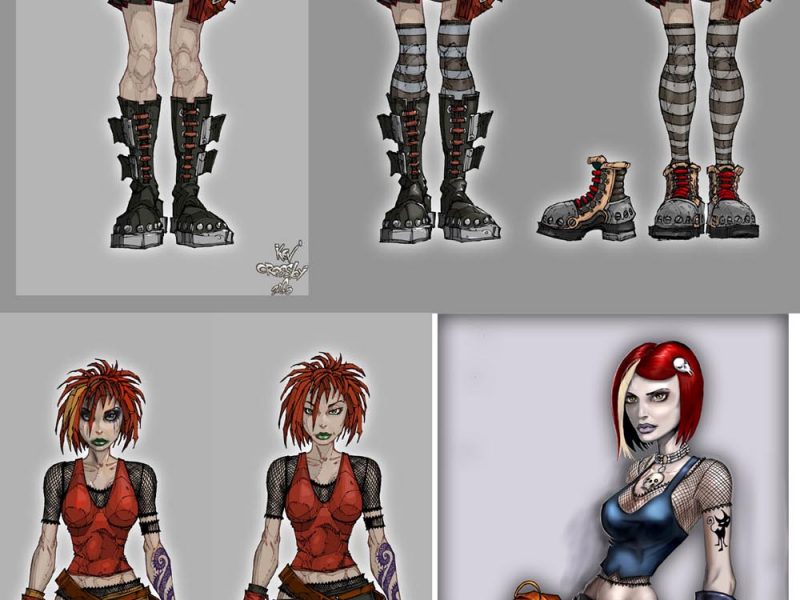 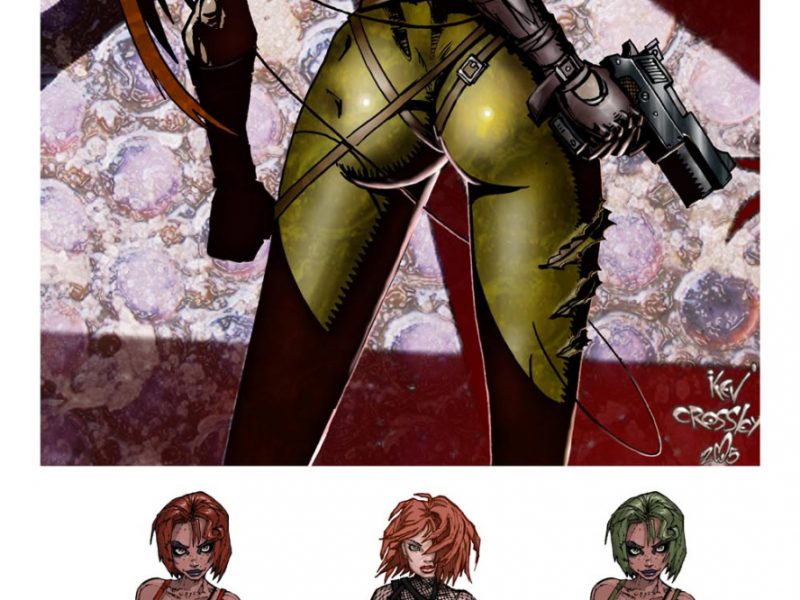 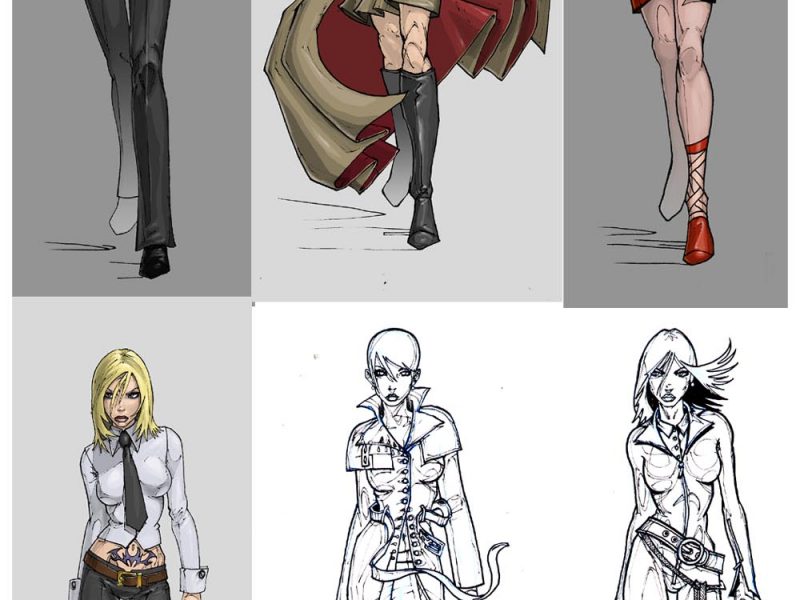 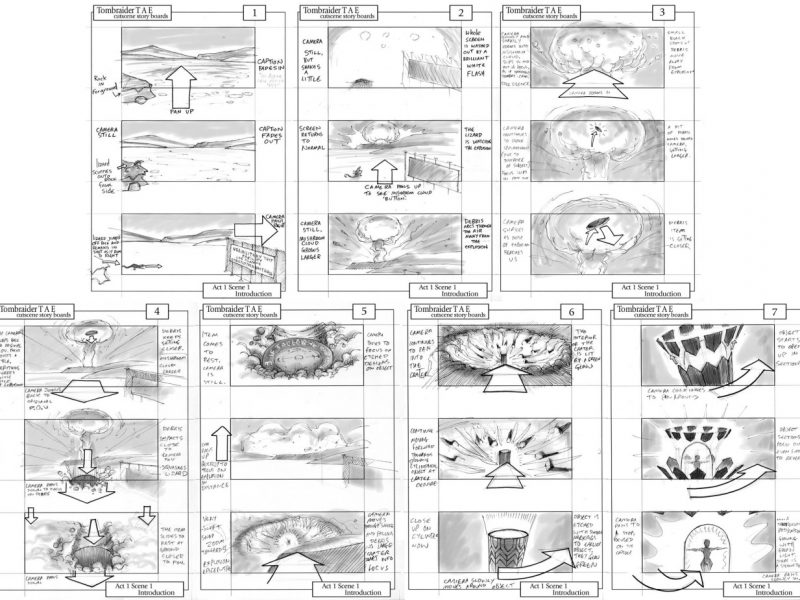 “For the monster enemies, I wanted to expand the idea of skeletons pushing through the flesh (which I think was a feature of one or two of the original game monsters) and here are some of my concepts. The end-game monster was to have an open rib cage, out of which its intestines un-coiled to attack you with hag-fish type mouths…

On some of the images you can see Melissa Croft.

Melissa, sister to Lara. She was to be a second playable character for use in a co-op game mode, and was to have all sorts of unique skills. We had animating models of her in action, but she was never to get her moment in the limelight…”