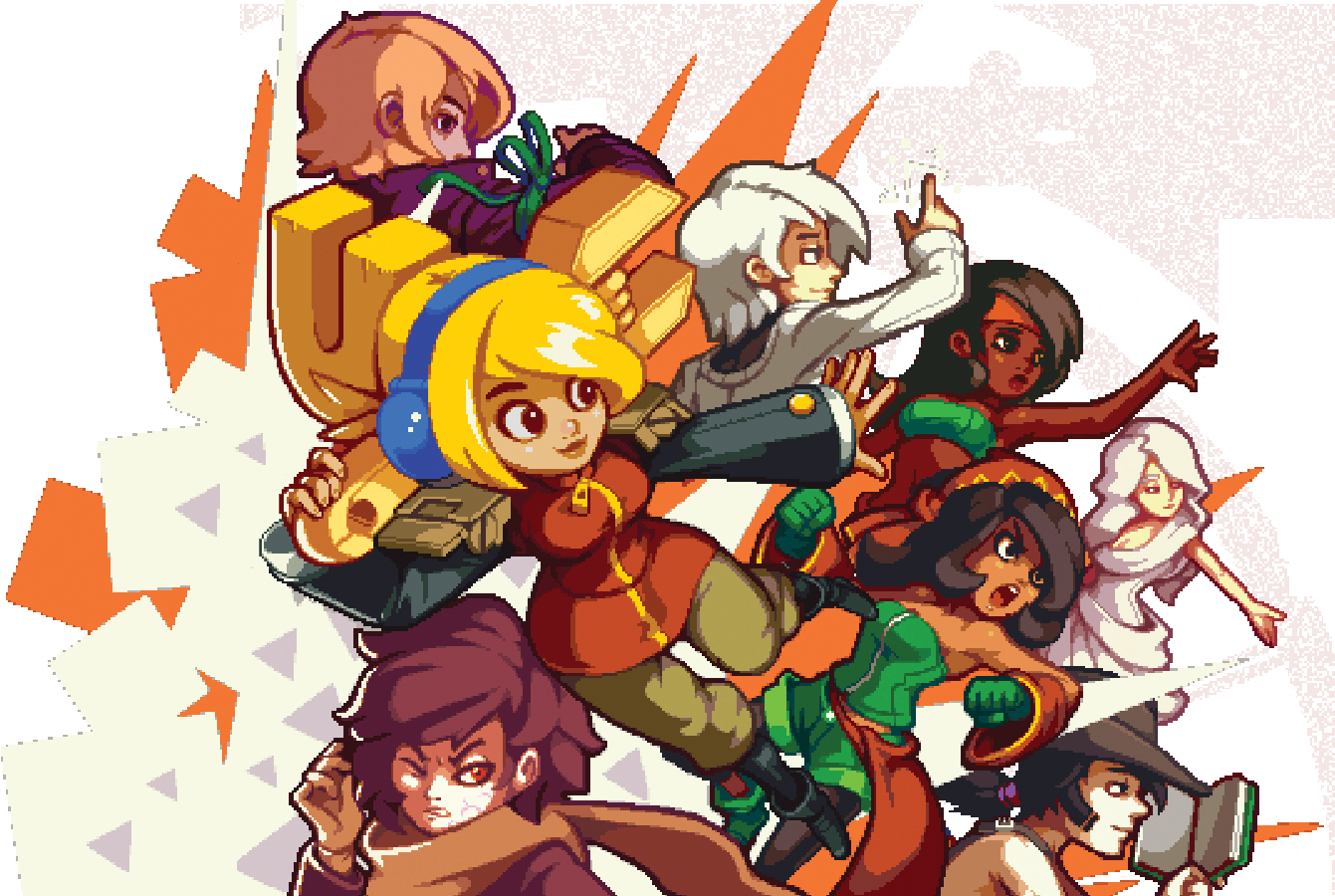 Dubbed as the Ratchet & Clank of indie video games.

Thanks to Snoman Gaming’s video of Iconoclasts, I instantly become aware of its existence. My first thought while I watched it is, “Ratchet & Clank, is that you?”. The game is so left field and it’s under my radar. Not only that, it literally comes out of nowhere. It’s how I imagined a 2D Ratchet & Clank game play and look like. Within the world of Iconoclasts, the same familiar mechanics you come to expect from the Ratchet & Clank series are placed in a 2D plane, albeit a few differences to the formula.

It’s developed by Joakim Sandberg (otherwise known as Konjak on his social medias) and published by Bifrost Entertainment. It’s still astounding how a one-man team develops it single-handedly and it’s seven/eight years in the making. When I think about it, that’s, like, nearly a decade. How he managed to remain motivated without giving up along the way throughout the years boggles the mind.

Figure​​ 3:​​ Joakim Sandberg is the one-man team behind Iconoclasts.​​

Despite the game is inspired from Metroid Fusion, Monster World 4, Metal Slug and some platform-shooter games of yore, I reckon it’s more influenced by the Ratchet &​​ Clank series due to Ratchet and Robin wielding a giant wrench as a main, signature weapon and them having an arsenal of firearms at their disposal. Not to mention, they both use their wrenches for just about anything. Though, Robin have only a stun gun with multiple, different modifications (similar to how Jak from the Jak and Daxter series who possesses one gun but with various mods and Risky Boots from the Shantae series who is armed with a Flintlock Pistol with a variety of mods in the Shantae: Half-Genie Hero Pirate Queen’s Quest DLC).

The game places you in the role of Robin, a renegade mechanic, who is on the run from the religious, despotic government known as One Concern. It’s set in a dystopian future that is under their malevolent rule. According to them, undergoing any sort of mechanics (unless you’re a registered mechanic) is deemed taboo. All geared up for action, she embarks on an adventure to uncover the mystery behind why that’s the case. Throughout her escapade while she attempts to evade capture from the tyrannical governing body, she befriends newfound allies such as Mina and Royal to name a few.

As you progress through your quest, you encounter Mina, Royal and even Robin’s older brother, Elro, before they join your party, similar to what usually happens when a protagonist agrees to allow new-found allies to tag along with them in a bid to save the world, galaxy or universe or someone in a role-playing video game. However, unlike Paper Mario, Paper Mario: The Thousand-Year Door, Super Paper Mario etc, your team-mates don’t follow you everywhere but your buddies will be added to your party roster in an identical fashion to Super Mario RPG: Legend of the Seven Stars. Each ally will have his or her own weapons, abilities and attributes that they can contribute to the team. For instance, Mina is equipped with a shotgun since someone stole or confiscated her dagger/knife. Upon utilising it, she’s able to target an enemy before she fires a shot at him or her. Unfortunately, her attempting to take aim before she launches a shot is slow. It doesn’t help matters much when she also runs at a gradual pace while she holds her shotgun. Although, alternating between it and making use of it to smash it against the ground or anything beneath her is cumbersome.

Figure​​ 5:​​ Whenever you come across your friends, they’re always added to the party roster in order.

I wouldn’t delve deep into the story seeing how unorthodox, complicated and religious it is. I didn’t understand, like, half of it. As a result, I felt completely lost in a negative way. However, this didn’t deter me from trying to indulge into it. It’s filled to the brim with plot twists and unpredictable surprises at every turn. But the colourful pixel art, entrancing pixelated locales which is eye-candy to anyone’s eyes, the charming characters, the well-written and page-turning dialogue, their unique personalities and the orgasmistic chiptune soundtrack makes up for it nevertheless.​​

Aside from her trusty monster-sized wrench and her stun gun, Robin can execute a stomp ability in order to crush enemies underneath her feet and let the Angrock obstacles crumble beneath her weight, crouch and crawl through tight spots or pathways she couldn’t normally walk through when the situation calls for it.​​

Speaking of her wrench, she can utilise it as a melee weapon in kind of a similar fashion to Ratchet’s OmniWrench from the Ratchet & Clank series, spinning the abovementioned wrench with the intention of deflecting incoming projectiles from her foes, latching on to a floating bolt to reach higher spots or far-off places she couldn’t reach otherwise, gripping a pulsating bolt to cruise through an electrical-charged zip line and twisting a bolt with the purpose of “tightening” it to unlock doors. To sum it up, her oversized golden wrench is versatile and it’s suited for any mechanical situation.