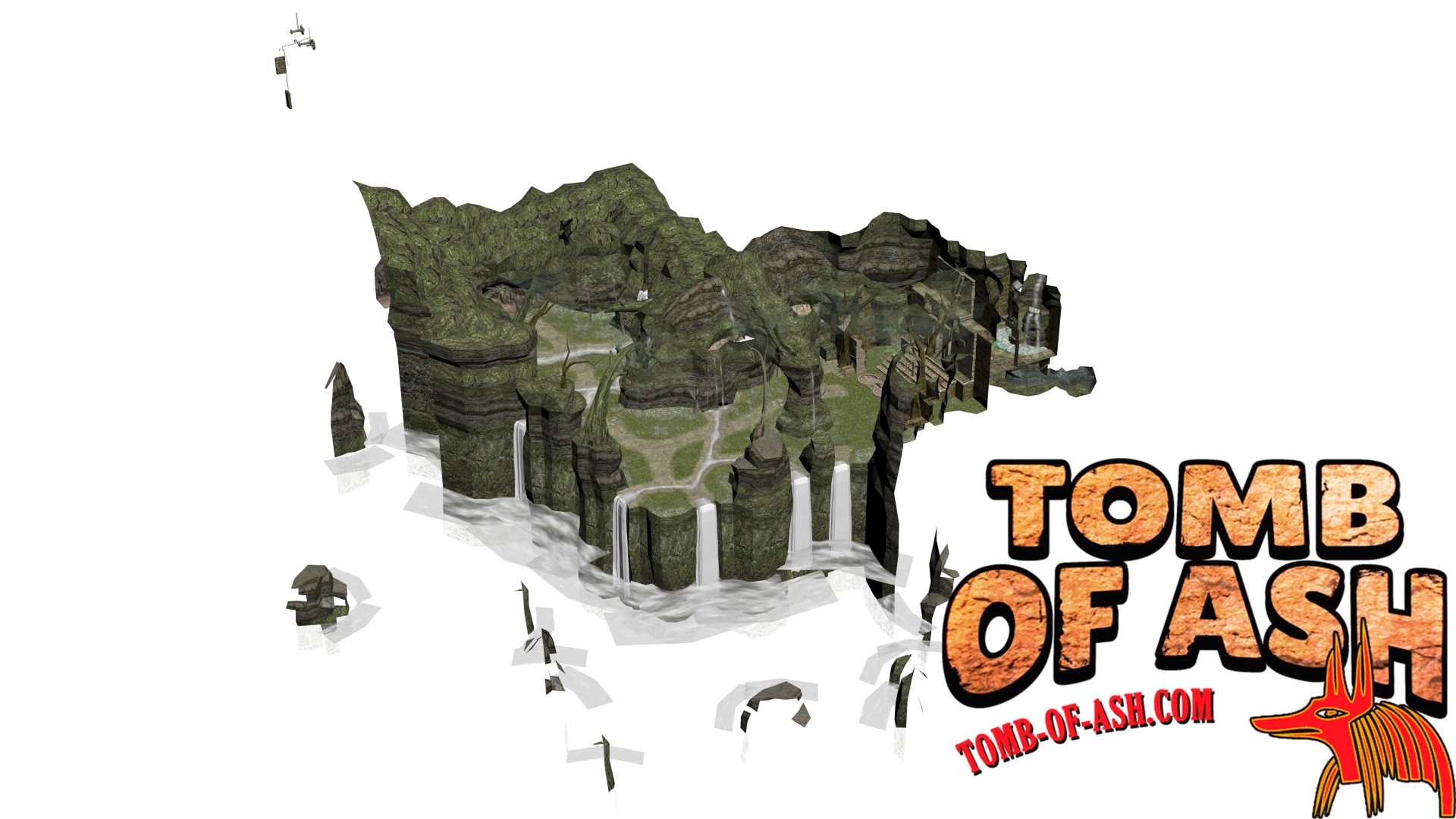 The Lost Plateau is one of the levels from the cancelled Tomb Raider: Anniversary Edition.
The level is not present in the original Tomb Raider (1996) game however, it appears it was a part of the Lost Valley: notably, you can see the part of the cog puzzle left outside the main geometry.
It could also be inspired by Tomb Raider 3: Lost Artifact hidden location with pterodactyls in one of the levels (we previously published models of pterodactyls that were planned to be in TRAE).
Either way, we don’t know for 100%.