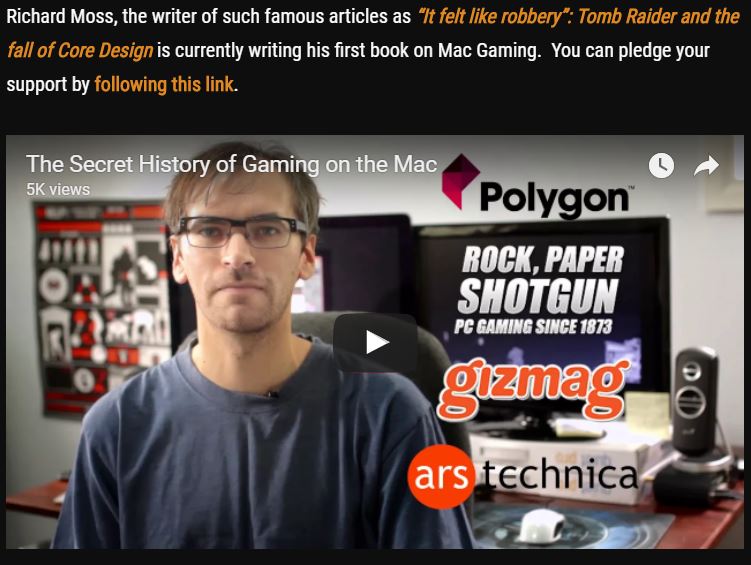 The Secret History of Mac Gaming

Richard Moss, the writer of such famous articles as “It felt like robbery”: Tomb Raider and the fall of Core Design is currently writing his first book on Mac Gaming.  You can pledge your support by following this link.

Mac gaming welcomed strange ideas and encouraged experimentation. It fostered passionate and creative communities who inspired and challenged developers to do better and to follow the Mac mantra “think different”.

The Secret History of Mac Gaming is the story of those communities and the game developers who survived and thrived in an ecosystem that was serially ignored by the outside world. It’s a book about people who made games and people who played them — people who, on both counts, followed their hearts first and market trends second. How in spite of everything they had going against them, the people who carried the torch for Mac gaming in the 80s, 90s, and early 2000s showed how clever, quirky, and downright wonderful videogames could be.

The work draws on archive materials as well as 60+ new interviews with key figures from Mac gaming’s past, including: