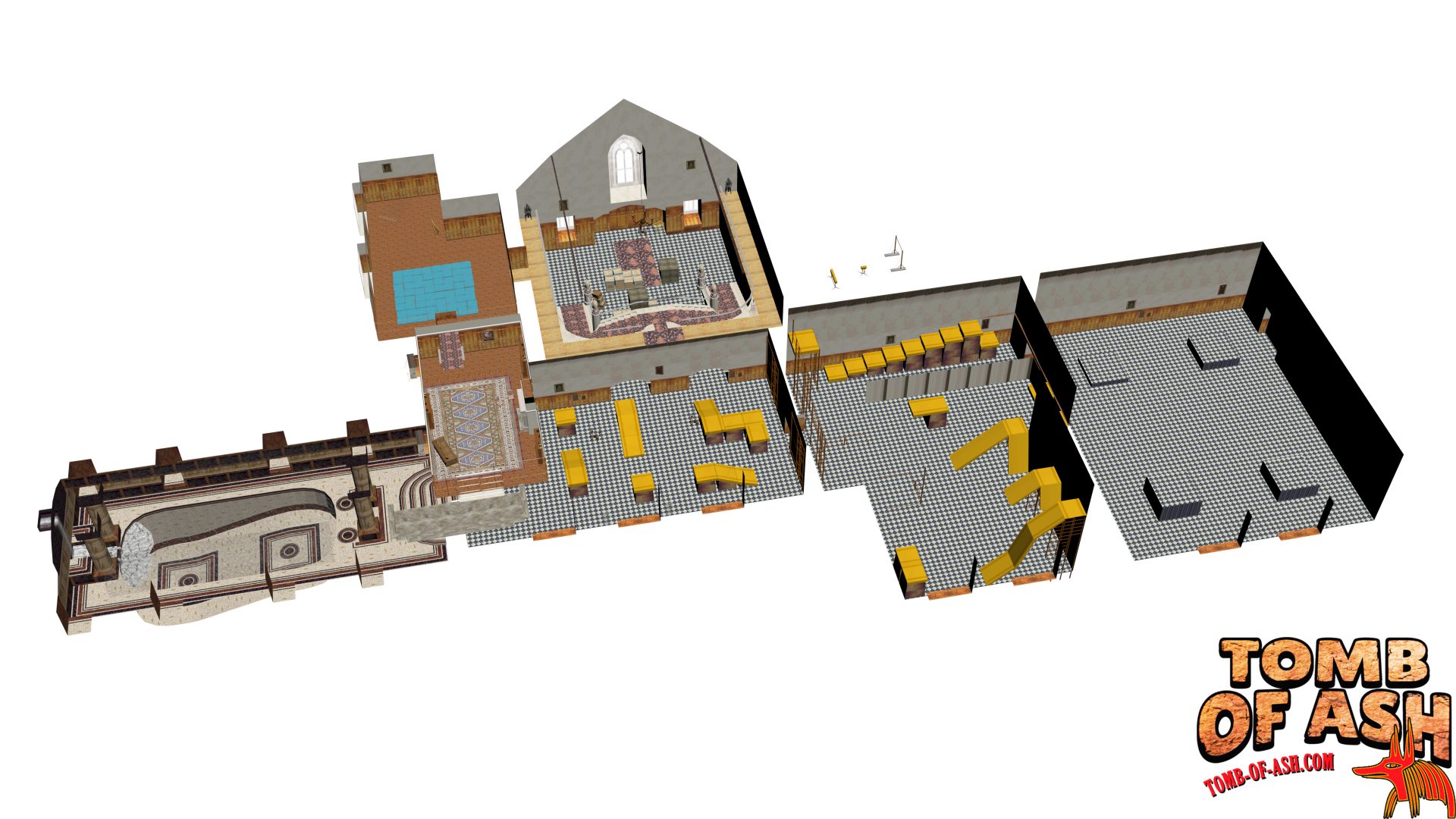 As this is very early version of the manor it is clear that a lot of Tomb Raider I and Tomb Raider II textures were used. You can see that developers were considering an outdoor training area as there is a bit of an unfinished assault course.