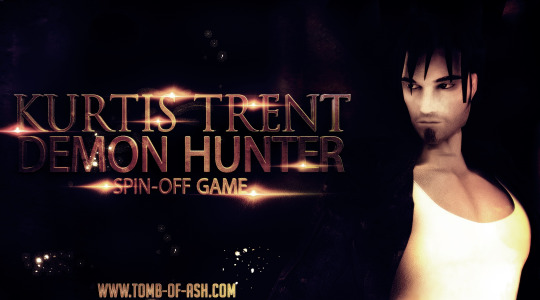 This is the final version of the game design document dated 3rd of September 2001.

The player can link two powers together.

They will need to do this if they want to see through a locked door with the x-ray vision and levitate an object on the other side of the door.

Select the Paranormal powers inventory (L1 + D PAD – UP ARROW) and scroll an item into the hi-lighted selection area with the D PAD – UP/DOWN arrows.

Repeat the selection (D PAD – UP ARROW) process and when the L1 button is released the player is returned to the game with their choice of linked paranormal powers.

As Kurtis becomes more ‘paranormal’, (indicated on the paranormal meter bar) his guns and grenades can be infused with occult energy to pack a bigger punch.

The appearance of the bullets and grenades will also change. A burning halo appears around them as they fly towards their target.

Hold down the L1 – Psychic power

Trance state – out of body movement

L1 –   Hold down to combine psychic power with weapons and fighting moves.

Hold down to build up a stronger release of psychic power.

On screen charge bar will indicate level of power.

To steer the character in levitation mode use a combination of AL and AR:

The Kurtis character freezes and a ball of light leaves his body.

To steer the ball to a host body in the out of body mode use a combination of AL and AR:

Fly into the host body you want to capture and control. They will move using the same controls as the Kurtis character.

To direct the beam onto a host body use:

When Kurtis uses his paranormal powers his appearance changes in subtle ways.

His eyes burn with a blue fire.

Clothing becomes charged and floats away from his body.

Dimensions are in meters. Y axis is up.

Steps, stairs, walkways, doorways, windows, machines, ladders and furniture will all be built in metric scale.

USING THE ENVIRONMENT TO FULL EFFECT

The game world will feature pits, ledges and suspended walkways and bridges.

Enemy characters can be thrown from high points while suspended walkways can be dropped on top of enemies.

Some cut scenes will require the player to interact with the action.

This can be as simple as pressing a button on the control pad at a certain time to ‘help’ one of the characters achieve a task in the film.

The player must master the powers before being allowed to use them in the game.

Failure to master a power does not end the game, but leaves Kurtis vulnerable.

If Kurtis practices his powers often they will become easier to control and also more powerful.

The Professor will pop in and chide Kurtis for not practicing enough. This warning stops when Kurtis has reached a certain level of proficiency.

Professor Francis instructs Kurtis in how to use the paranormal weapons.

These training sessions will take the form of simple sub games.

When a training session begins, the camera fly’s into Kurtis mind and the player is transported to a room suitable for the lesson. This could be anything – a Japanese style interior or a deserted temple.

Vortex – Step on this and you are spun around while your energy is drained.

Dark mist –    Brings down a dark cloud that restricts the players view distance.

Scatter bombs –       These are occult symbols that appear on the floor.

They move in random patterns, crossing each others path.

If Kurtis treads on them they will explode and sap his energy.

Demon sentry –         This alerts a demon guard who will materialize and fight Kurtis.

The save point where the player can store their game is represented by a wall mounted telephone kiosk.

These telephones are placed around the level and are activated by walking up and pressing the CROSS (action) button on the controller.

An option screen appears showing the previous save positions in the city.

The player’s current energy, inventory, weapons and location in the game world are stored on the PS2 memory card.

Highlight the EXIT command with the D PAD – RIGHT ARROW and press the CROSS (action) button to return to the game world.

This onscreen meter indicates the amount of energy the player has remaining.

This onscreen power meter indicates the amount of psychic charge being used when the player presses the L1 – Psychic power button.

The diagram below shows the power scale.

The longer the L1 – Physic power button is held the greater the eventual discharge of energy.

If the player exceeds the safe zone limit and enters the danger zone then the eventual discharge of energy can have unpredictable effects on Kurtis and his surroundings.

These can be one of the following:

A three digit figure is displayed indicating the number of rounds remaining in the currently selected weapon.

Eat and drink the food pickups.

Another way is to avoid expending energy and wait. Kurtis’ mortal energy level will creep slowly up to its former position, but will never rise above without collecting more pick-ups.

When an enemy is defeated it will drop energy pick-ups.

After a set number of energy pick-ups have been collected, Kurtis will receive new paranormal powers.

Another way is to avoid using paranormal powers and wait. As time passes Kurtis’ paranormal energy level will creep slowly up to its former position, but will never rise above without collecting more pick-ups.

This meter shows how ‘evil’ or ‘good’ Kurtis has become while playing the game.

Progress faster through the game by killing anything that moves. (Demon or human).

Kurtis is more susceptible to demon attack. (His power drains faster in combat).

He can’t enter certain protected holy rooms and must use an antidote to restore his good rating.

Keeps Kurtis’ energy high and it lasts longer in combat.

Progress more slowly through the game by using controlled violence.

This pick up will restore Kurtis good rating and allow him to enter rooms protected with a spell to repel evil.

Depending on how ‘evil’ or ‘good’ Kurtis is played, the character animations change accordingly.

A ‘good’ Kurtis will hold back and only use his fists on a human, but an ‘evil’ Kurtis will use a more violent set of animations with a knife or gun move.

Using the LV amulet – Part 3 Kurtis can x-ray a locked and bolted door.

Using the mind control power he can then slide or rotate the lock mechanisms into an open position.

Lock mechanisms will be in the form of Chinese sliding block puzzles.

There is no time limit on them and the player can have as many attempts as they need.

PROFESSOR TO KURTIS INFORMATION LINK UP

The Professor can help Kurtis with hints and tips through the voice com-link – a micro video camera attached to Kurtis’ head allows the Professor to see what Kurtis is looking at.

As Kurtis’ power increases this electronic link is superceded by a telepathic connection.

Both methods will be liable to demonic/electronic jamming that will deprive Kurtis of his back up.

Up to four players can choose to play the main characters from the game.

Special mini-missions will be available:

These environments will be unique to the multi-player option, but will use the texture banks created for the main game.

Weather will be used to add atmosphere, but can also add to the game play.

For instance, a dark room can be illuminated by a lighting flash to reveal enemies hiding in the dark, while snow and ice can make a surface slippery.