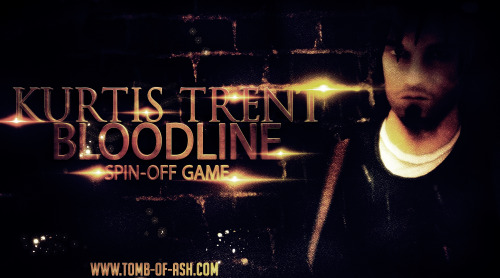 KURTIS GAME – HOW IT STARTS

The game opens in a seedy bar.

A noisy mob crowd around a makeshift boxing ring.

Inside the rope Kurtis Trent fights a savage bare knuckle battle for money.

Play Kurtis in the fight.

He wins and the crowd splits up, drifting out into the night.

Kurtis walks over to the bar owner and collects his prize money.

The bar owner pushes a drink across the table top and congratulates Kurtis on his skill in the ring. He says a friend would like to meet him.

Kurtis declines the invitation, swallows the whisky in one gulp and turns to leave.

He exits the bar and stands outside in the alley. It is dark and raining.

He sets off but starts to feel dizzy. His vision blurs and he leans against a wall for support, gasping for breath.

A car drives up slowly from behind, headlights glaring.

As Kurtis turns to look behind him he is struck over the back of the head. He collapses, unconscious.

Two men drag his inert body to the car and throw him in the back.

The car drives off into the night.

Fade up from black.

Kurtis is lying on the floor. He gets to his feet and looks around.

He walks to the bars in front of him and realizes that he is in a cell.