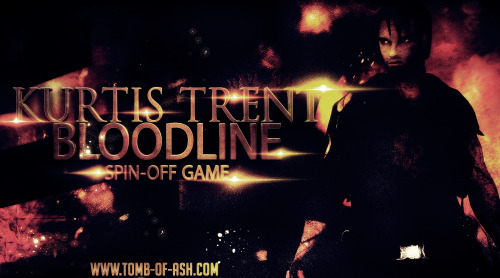 The place is New York city – a rain soaked night time metropolis on the eastern seaboard of the United States of America.

With his military training in weapons and hand to hand combat Kurtis is just about the best man hunter the city has ever seen – and he knows it.

Then one night everything changes – the hunt turns into a battle against the forces of evil, and even Kurtis has to look elsewhere for answers.

The old man will become Kurtis’ teacher and guide into the paranormal underworld of New York city.

A journey where Kurtis’ search for his ancestral powers will lead him into the very gateways of hell itself.

As master and pupil fight outbreaks of demonic infestation they begin to see evidence of a master plan at work.

All the signs point to the ritual alignment of the Time Vortex, a phenomena that happens every thousand years but this time it’s happening right over New York city!

According to the Professor, when the vortex opens it will create an inter-dimensional super highway between our reality and the demon dimensions – and plunge our world into an eternal darkness.

Kurtis knows that the only way he will become strong enough to face the challenges ahead is to become a true Knight of the order of Lux Veritatis.

Every one of his many powers must be found and mastered while all the time progressing further into the demonic underworld of the city.

He will have to defeat not only the demons but their half-breed spawn, sub-human followers of the dark side and the heirs to a post-Armageddon earth.

And as if saving the world isn’t enough trouble, a shadowy government agency is tracking Kurtis for their paranormal weapons program and will stop at nothing to trap him!

Just as the stage is set for the final confrontation, Kurtis is betrayed and his powers used to open the Time Vortex. What happens next is up to you …