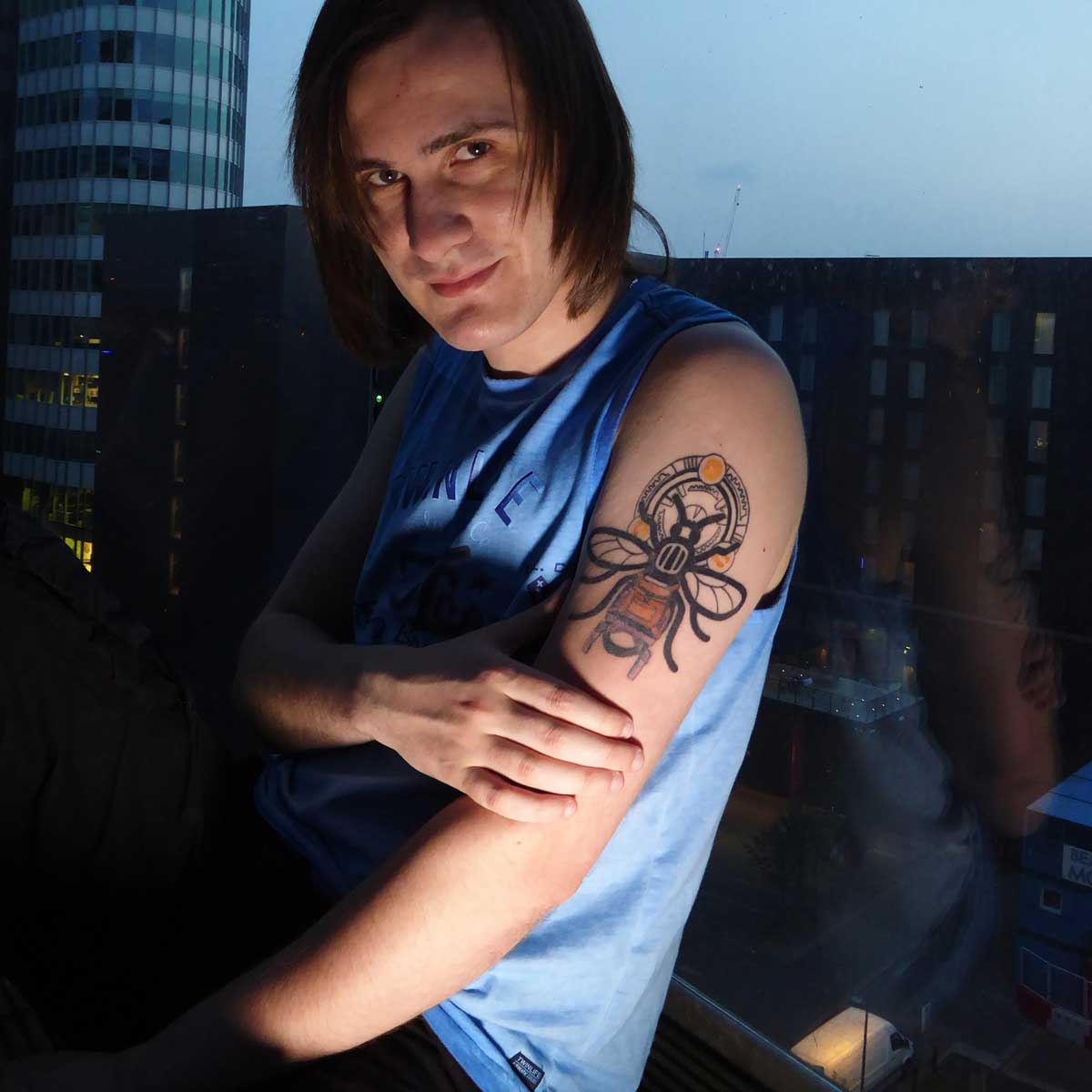 My Manchester Bee Tattoo is Healed and Buzzing! 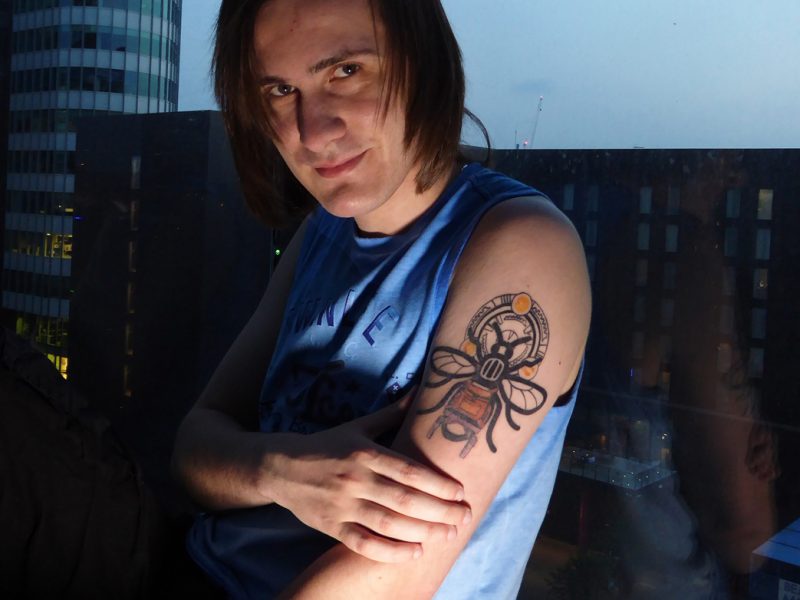 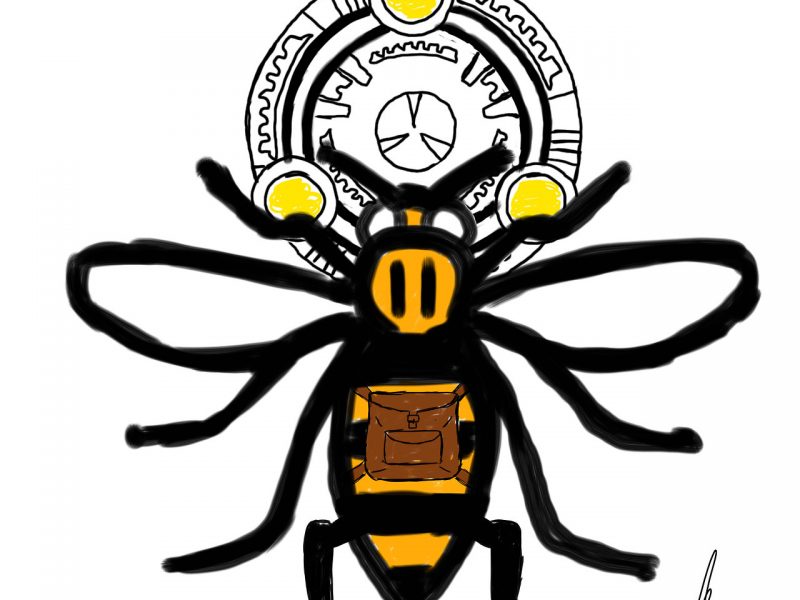 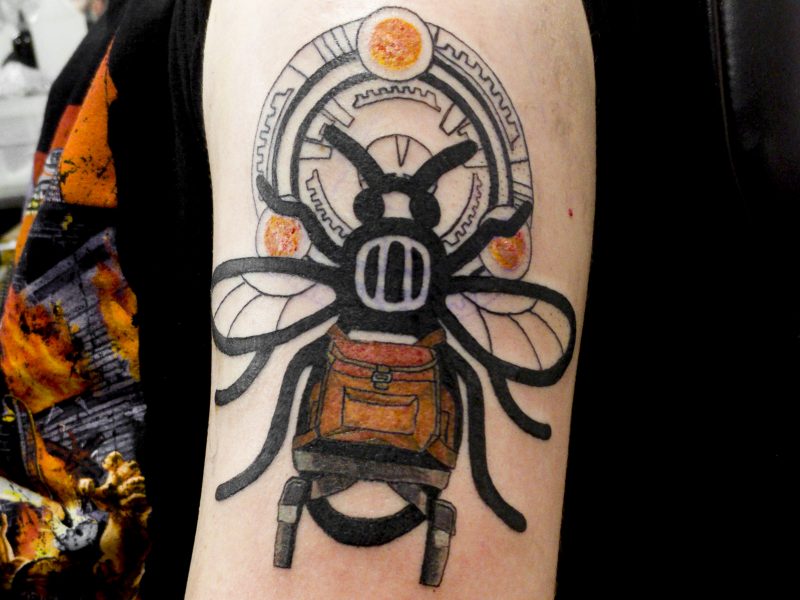 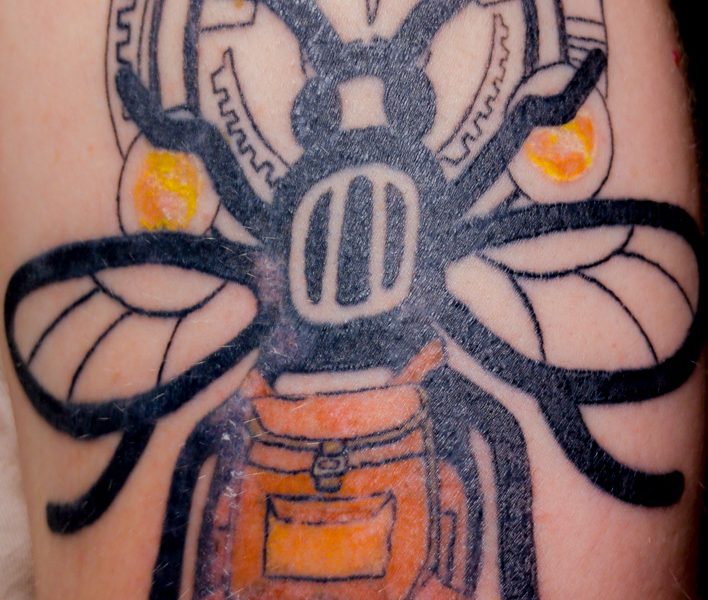 A few weeks later my Manchester bee is finally healed and ready to Buzz!

I thought of getting a Scion tattooed on my upper arm someday as a symbol of eternal gratitude to Core Design. As you may or may not know, Tomb Raider was a very important part of my life; its impact on me as a person was that huge that not only it pretty much saved my life, but also helped me learn software and language skills (yes, I speak English and can do vids, 3D and Photoshop because of Tomb Raider). I even moved to the UK because of it. You can read about Tomb Raider and its role in my life in this post.

Anyway, about the bee. The bee is a symbol of Manchester as in the 1800s Manchester was awash with textile mills that were commonly described as ‘hives of activity’ and the workers inside them compared to bees. Manchester is a place that I call my home for a few years now and I can’t explain how much I feel connected with the city and its people.

As I was preparing for my big Birthday weekend, on 22 May 2017, a suicide bombing was carried out at Manchester Arena. The arena is literally behind that glassed building you see on the photo. I heard the blast and everything that came after it. But what happened in the next few days was simply incredible!

Residents and taxi companies in Manchester offered free transport or accommodation via Twitter and tattoo artists were offering tattoos of a bee with all of the profits going towards the victims and families of the bombing.

It took me a while to get a slot as the queues for bee tattoos were insane, I mean: 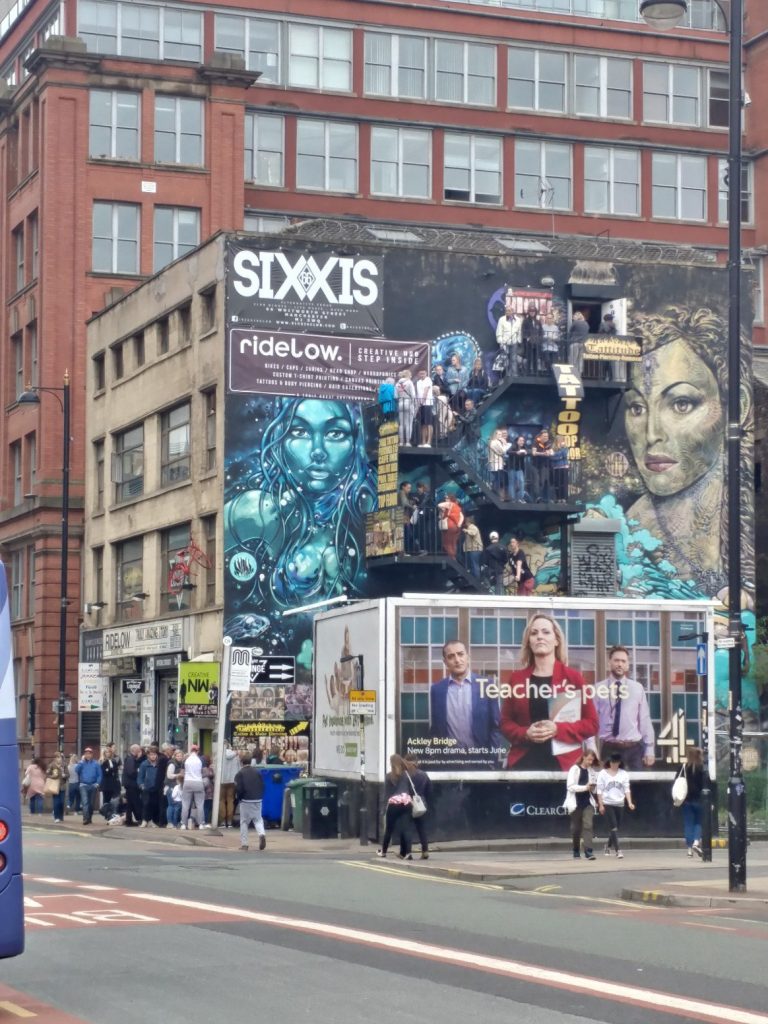 But I managed to get it done and happy with the way it turned out!