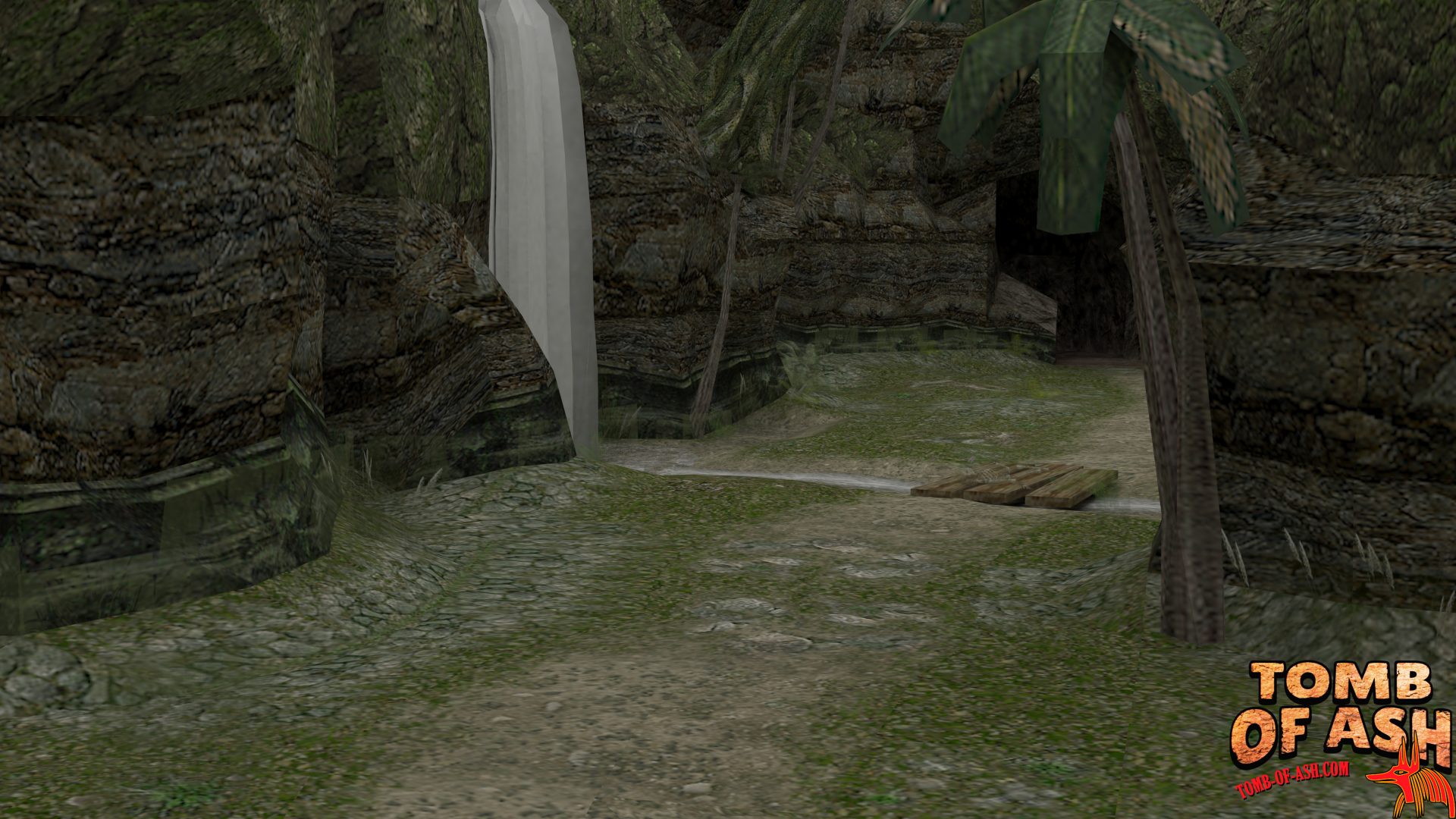 Screenshots of The Lost Valley a level from cancelled Tomb Raider: Anniversary Edition.
The “bridge” is nowhere to be seen but it could be not part of the level geometry but rather a separate model, or simply wasn’t finished.
Unlike some previous levels we published this one seems rather complete with no original/work-in-progress assets left in place. There are some geometrical similarities to The Lost Plateau level (which is more open-area location surrounded by waterfalls) like the entrance to the temple which is guarded by a T-Rex,