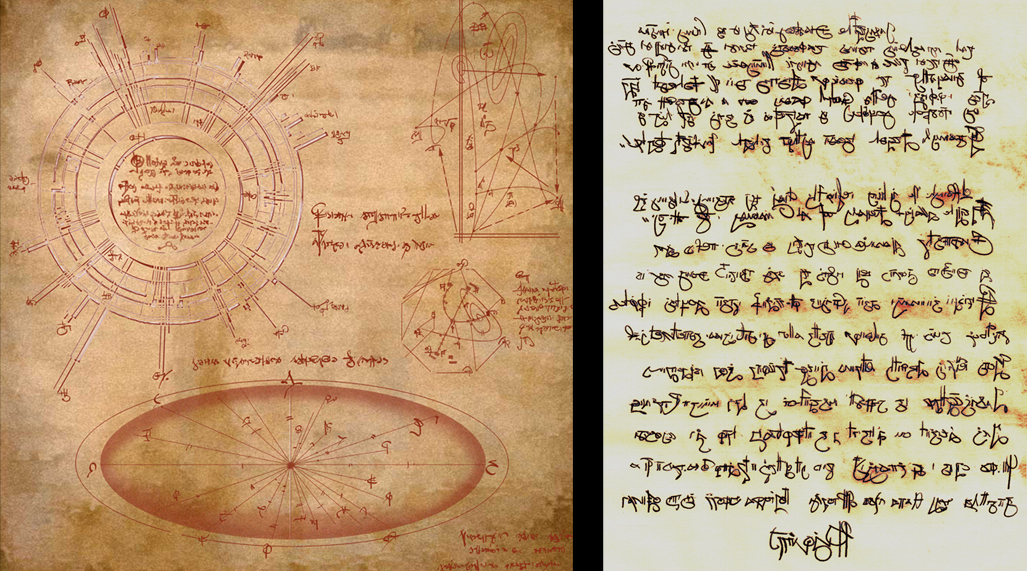 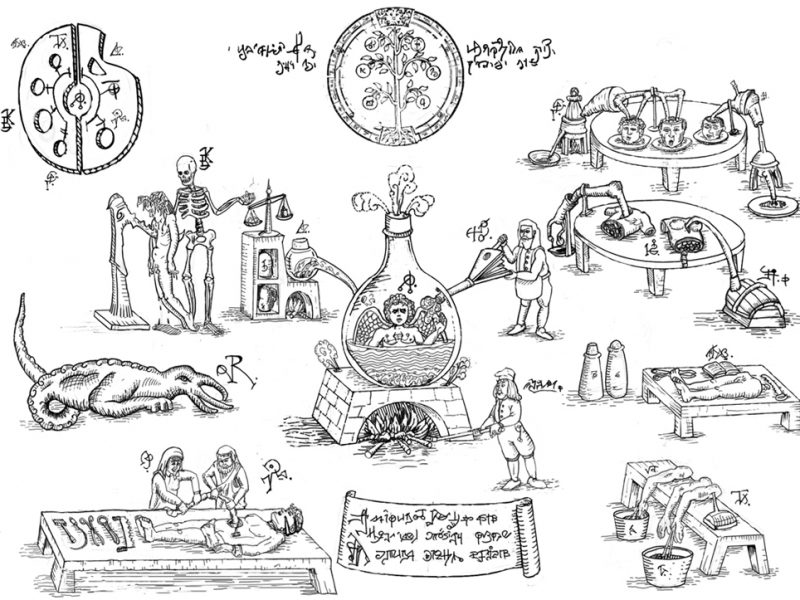 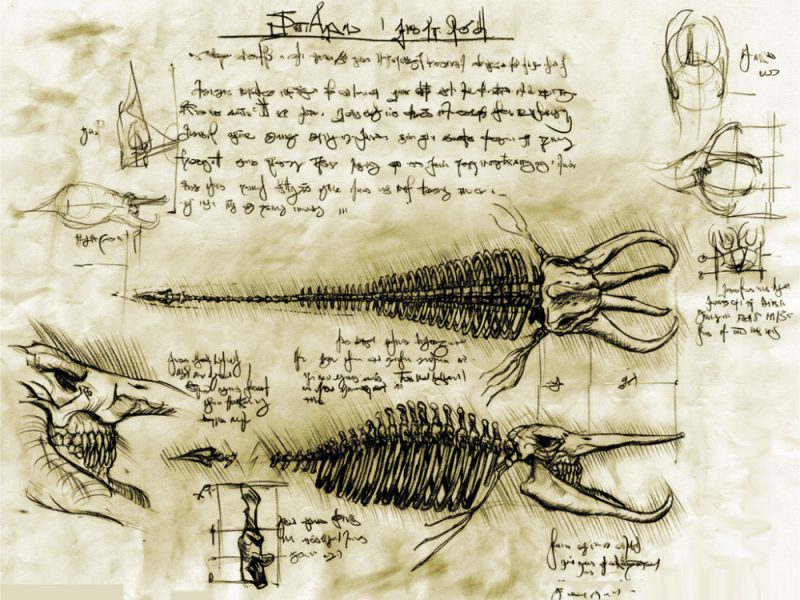 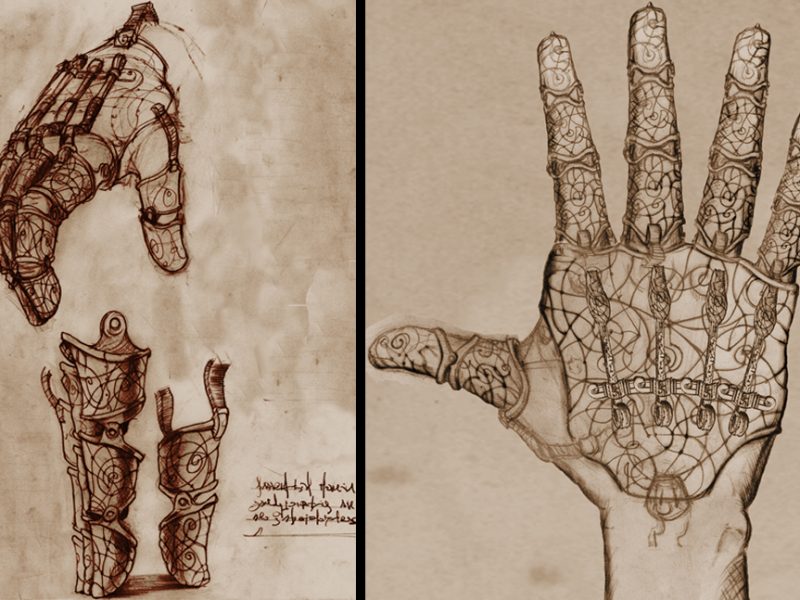 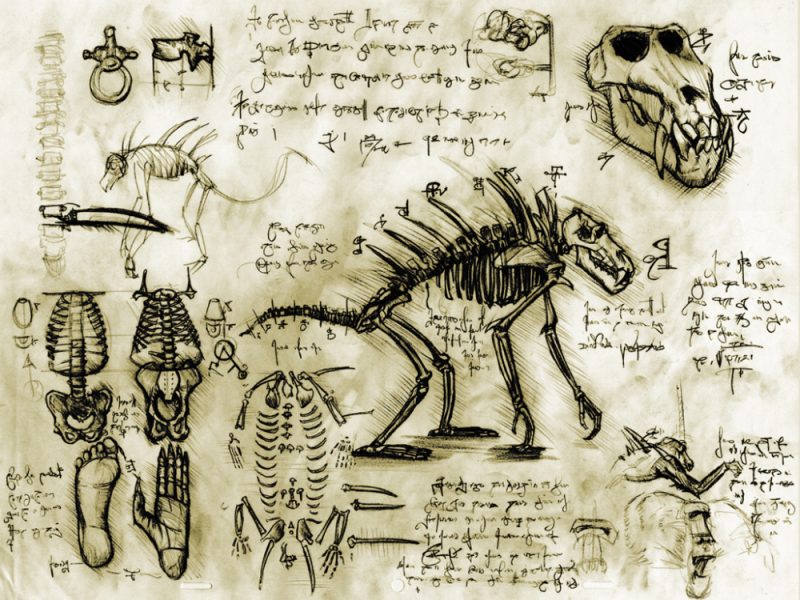 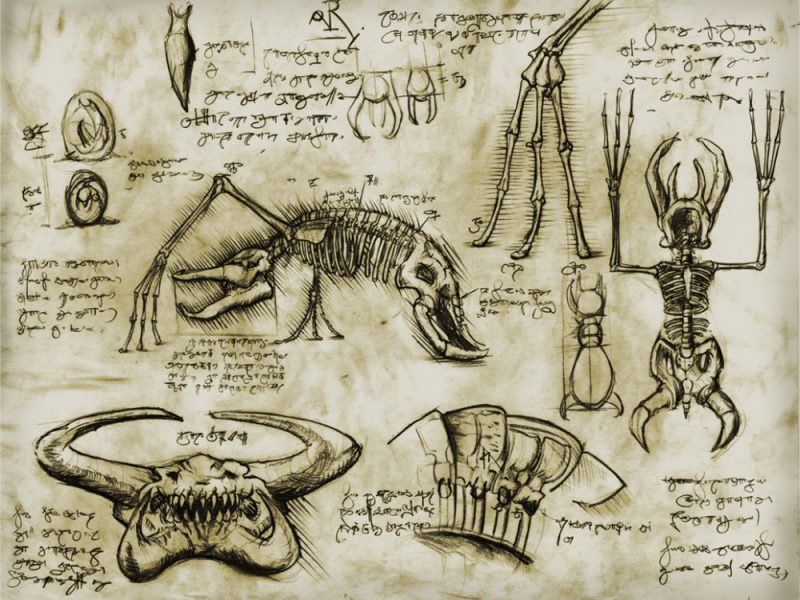 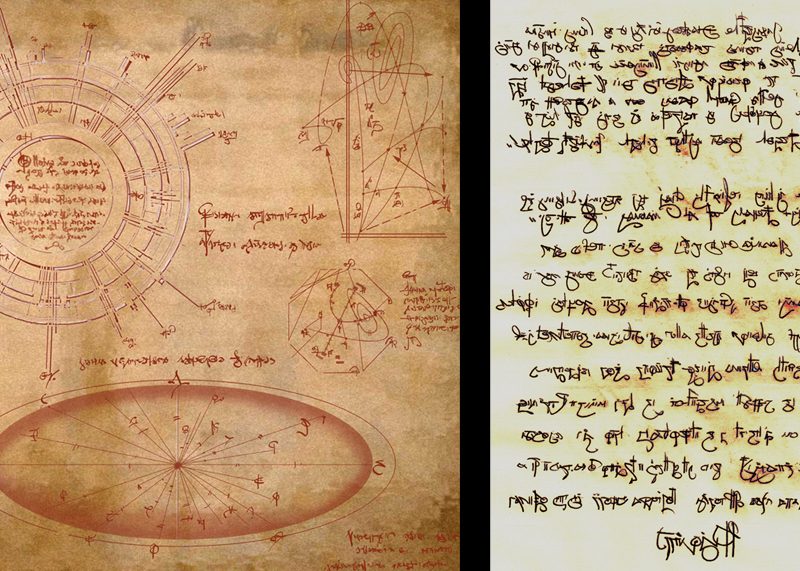 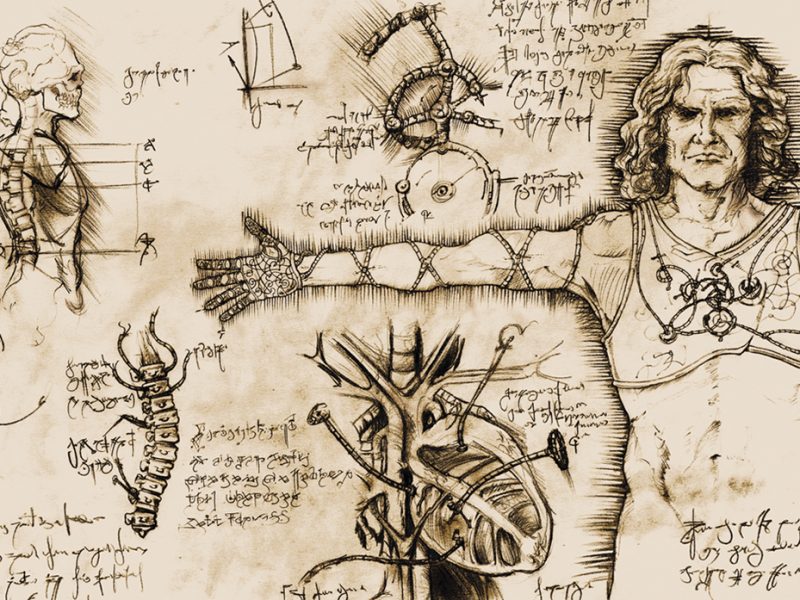 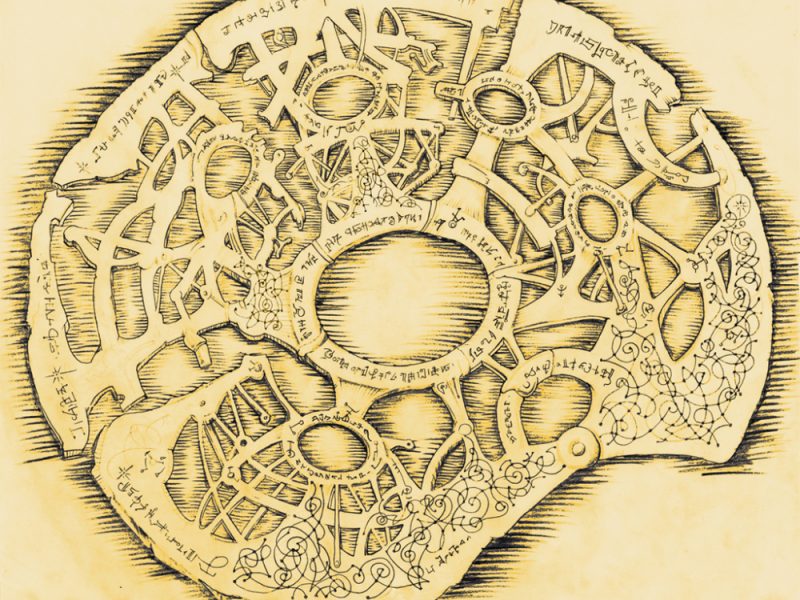 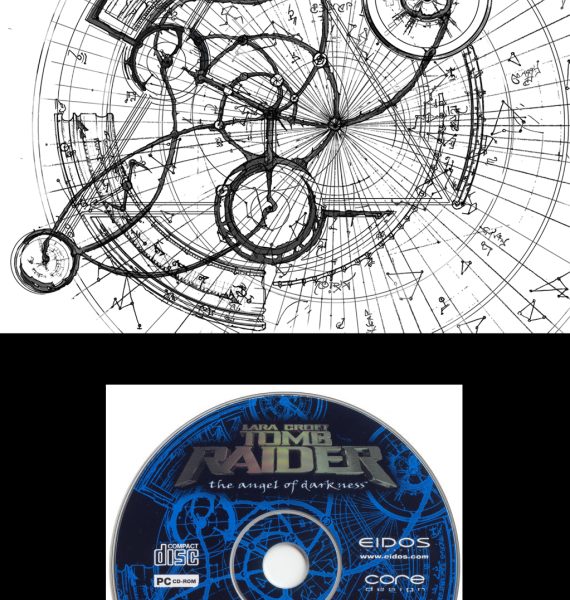 “The idea behind the writing was that it was meant to be a code or certain language for the
Nephilim, there was never a meant to be a cipher, so the writing was written in
a random way. Most of the writing and design was done before Murti came on with
his decisive input, the idea was that the language would remind you of old
Alchemy books and “secret” manuals, but it had room to go a lot of ways. I
concepted out a lot of ideas, including a number system, which i might have backed up somewhere.
But essentially these words were deliberate gibberish- i was afraid of writing something that might be misinterpreted in non-Roman
languages (Arabic, Chinese) so instead I twisted letters so the alphabet had a
logic in terms of being to write out pages, the majority of the letters are
normal ones rotated 90 degrees with some flourishes added. Again my thinking
was not to write something that would offend in another culture, so hence
having a backup process if it was ever found to be unintentionally offensive.
As for the celestial wheel- well it’s a bit of a longer story, but the shortened version is that it 23 different layers sketched
then composed together in Photoshop! After I had my initial design – the
central hub, i was thinking purely in terms of negative shapes and the ability
to have different elements looping in background. The idea of a star map fitted
those design ideas, but there was no “hidden” key within it. I was thinking
roughly of celestial bodies when I drew it, but I also hid all the names of my
family inside it for a bit of fun! Sorry, there was no hidden master plan when
i drew it, although it evolved over the two years of the game to become a more
complex image. The same goes for the Sanglyph and the writing.”

Thank you Paschal for giving us a permission to publish these. Check out Paschal’s website for more of his incredible work.