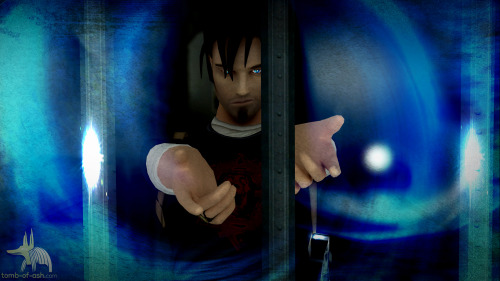 Kurtis Trent and The Agency

We continue to publish exclusive Angel of Darkness documents from Murti Schofield, the writer of the game. This one reveals more details about Kurtis Trent

Kurtis Trent, an unofficial render by Tomb of Ash

Kurtis was freelancing, often as Vance Renner, with any number of semi-legal and downright shady organisations in many countries after the Legion. He was gathering intelligence on how such organisations as the Agency and the Cabal operated, cooperated or tried to eliminate competition. He knew them to be ruthless, merciless and unprincipled as well as incredibly powerful but the main advantage he had was in operating alone. From this starting point he could execute low profile incursions into enemy domains without setting off alarms. And of course he could take care of himself, and then some…special LV skills & abilities, psychic whatnots and Demon Hunter CV etc etc.

From way back in his formative years as an LV initiate he was all too familiar with the Cabal and its goals. But it was only after his father’s death that he took on the mantle of bearer of the Chirugai and set about exacting an uncompromising LV blood debt from the deranged Eckhardt.

To do so he needed to understand exactly how this ominous Sect functioned in every particular. Only with a detailed gestalt of the many bases, operational sections, international connections, finances and executive methods of the Cabal could he hope to be effective in infiltrating the Black Alchemist’s empire. And then would come his own apportioning of Chirugai justice

Gunderson ran the executive action section for the Cabal. The Agency was its private enforcement arm and was always in need of freelancers, mercenaries and sub-contractors for policing its international interests. Kurtis simply made himself known to people from his Legionnaire days and the disreputable circles they moved in. And enlisted in one of the Agency lower echelon units.

He would always perform effectively as a freelancer but ensure he did stand out in any way as an operative of special note. He sought anonymity not attention. Low profile was the key, always and in every situation.

Clearly Eckhardt, Rouzic and Gunderson were aware that Konstantin Heissturm’s son was on the loose, somewhere. How could they not be. But so close to home!?! Kurtis was highly skilled in evasion and subterfuge. He took great care never to come to Gunderson’s attention other than as a blade for hire and someone prepared to carry out missions with no questions asked. His intelligence gathering activities were producing results, although some of his findings were beginning to take even him by surprise. As someone with the nickname Chasseur de Démon he’d witnessed things that would stun a herd of oxen but exposure to the Cabal’s activities upped even his shock tolerance. These guys were off- the-chart monsters! He was going to be clocking up some serious overtime with the Chirugai.

Kurtis Trent, an unofficial render by Tomb of Ash

Like someone else in an approximately similar position (Morgau) he devoted a huge amount of time and energy working under Section Heads like Gunderson until he knew the nuts and bolts of each operational division thoroughly. It was, in all likelihood, why he turned up at the Louvre when he did, by shadowing the Agency on that key mission and running into the inestimable Miss Croft. He would certainly have been aware of her in some capacity before the Louvre, but up to that point she would have been peripheral to his own very specific agenda.

And we know what unfolded after that encounter.