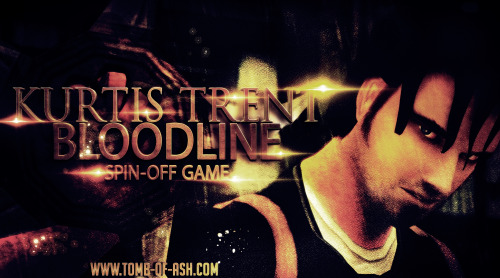 Event 01  –     Kurtis stands outside the entrance to the building.

Emergency vehicles block any other exits.

Use night vision to scan for danger/pickups.

Use night vision to scan for danger/pickups.

Use Night Vision to scan for danger/pickups.

Cut scene – Kurtis climbs through and drops out of the other end.

Avoid them and exit the room.

Use Night Vision to scan for danger/pickups.

Barricade stops Kurtis from reaching the lift at the corridor end.

Kurtis climbs out and uses service ladders to continue upwards.

He escapes down the fire escapes.

Event 06 –      Avoid the helicopter searchlights that sweep the area.

Being spotted results in gunfire from the helicopter.

Event 01 –     Kurtis is manning a machine gun mounted in the back of his pickup truck.

The truck is speeding down a street.

Event 02 –      Shoot the barricades that block the trucks path. They will explode.

Event 03 –      Shoot the enemy gunmen sheltering from behind the parked cars.

Event 04 –      Shoot he enemy gunmen sheltering in the doorways.

Enemies jump out and start shooting.

Shoot back and car explodes.

Camera turns 180 degrees to face front of the truck.

Event 07 –      Shoot the roadblock in front of the Triad stronghold.

Event 09 –      Kurtis shoots the enemies in the room with the trucks machine gun.

Use the computer to unlock Shrine and Armoury doors.

Use telekenisis to move the statue and break down the door to the Gallery.

They suddenly switch off  and snipers on the rooftops open fire.

Use night vision to spot them and shoot back.

He is holding a cat.

Shoot the enemies and the blow up the helicopter.

Out of wreckage walks the cat (Lucifer).

Enters through the open glass doors.

Use telekenisis to push over a statue and distract the guard.

The statue rolls down the stairs and the guard follows.

Shoot the guards positioned around the room.

Kurtis can see through a large window.

He can see the Observatory and the Cable car building.

Exit from Corridor 1 is blocked by a security door.

A speaker announcement makes Kurtis aware of this.

Hit one and it becomes visible for a second and lowers Kurtis’ energy.

Use night vision to spot them.

One has the door code to the observatory tunnel.

Locate this guard and read his mind.

The motor turns the structure and opens the roof.

Climb up the walkways and outside onto the inspection platform.

Jump off platform onto the roof of the Cable car building.

Event 11-       Use telekinesis to start the cable car winch motor.

As a cable car exits the building, jump Kurtis on top.

Booby trap – The cable car is attacked by a helicopter.

If Kurtis has jumped down inside the car he will be blown up.

If Kurtis is standing on the roof he will survive the explosion.

Event 02 –      Cut scene – Kurtis locks his telekinesis power onto the cable car and powers it through the cable car bay, smashing it into the Reception room.

Event 04 –      Use x-ray vision to see inside the massive metal security door and pick the lock mechanism. (Puzzle).

Event 06 –      Smash through the sliding glass window and run along the exterior balcony.

Event 08 –      Use telekinesis to smash through the bullet proof glass window.

Protected by his men, the airforce Colonel (Lucifer) escapes to a waiting helicopter.

Kurtis is blown off the landing pad and falls down the cliff face.

His levitation powers kick in and he survives the fall.

A perimeter guard patrols up and down, passing out of sight for a few moments before returning.

If the guard spots Kurtis he shoots and the game is over.

Kurtis uses telekenisis to lift crates on top of one another then jumps over the electrified fence.

Event 02 –      The hanger is heavily defended. Direct attack will fail.

If the guards spot you the alarm is sounded and the hanger blast doors close tight.

Kurtis will be left to fight a never ending stream of armed guards until he is killed.

Event 03 –      Use Kurtis’ telekinesis power and rotate the fighter jet until it is facing the fuel tanker.

Fire the jets missiles at the tanker. The explosion will draw the guards away from the hanger.

Event 04 –      Kurtis has a few seconds to run inside the hanger before the blast doors close.

Use the suspended crates hanging from the hanger ceiling.

Lock onto a crate with the telekinesis power.

Raise, lower and maneuver it into position then jump on and ride to the nearest crate.

Repeat this until Kurtis is above the exit door.

Event 06 –      Cut scene – Kurtis looks through the ventilation shaft and sees the airforce Colonel supervising the loading of a nuclear missile.

He breaks through and jumps down into the room.

The Colonel (Lucifer) orders the guards to shoot Kurtis.

The lift platform starts to move down into the base.

They are left fighting in mid-air, using levitation powers to control their descent.

The Colonel (Lucifer) wins the fight and Kurtis falls, crashing down into the burning wreckage at the bottom of the lift shaft.

Event 01 –     Kurtis starts inside the entrance to the mine.

Event 02 –      Using a combination of levitation powers and ladders Kurtis descends down into the mine.

Use night vision to see where you are going.

Now the mine is illuminated.

Event 04 –      Using a combination of levitation powers and ladders Kurtis descends down into the mine.

Cut scene – The Professor appears and tells Kurtis he is in a dream state.

Must find and rescue his mother and the baby Kurtis before the hit squad assassinate them.

Jump on a wagon and it will crash through the wreckage in Event 07.

Use night vision to see obstacles and pick ups.

Use night vision to see obstacles, pick ups and enemies.

Jump onto wheel and it will carry Kurtis through the waterfall.

Jump off onto dry land.

Explore hidden tunnel on other side of the water fall.

Event 12 –      Tunnel illuminated by diamonds embedded in the rock walls.

Cut scene – Kurtis’ mother is on a river raft with the baby.

The hit squad have her pinned down and she has run out of ammunition.

The killers break cover and advance in the open.

Event 15 –      Cut scene – Kurtis mother gets the outboard motor running and the raft escapes leaving Kurtis alone in the cavern.

Use x-ray vision to spot them.

Use x-ray vision to spot pick ups inside the crates.

Event 02 –      Cut scene – The Professor appears and tells Kurtis that he is reliving an episode of his military past.

He must use his ancestral strength to destroy them.

Destroy the four radars. This slows down the tanks reactions and rate of fire.

Push them into fuel/ammo dumps to blow them up.

Event 06 –      Kurtis enters the command hut and destroys the radar equipment inside.

Helicopters fly in and pick up the troops.

Cut scene – The Professor appears and tells Kurtis that he is reliving an episode from his mercenary past.

He must rescue a prisoner.

Event 02 –      He must shape steal a Corporals body (one star) to gain access to the HQ building.

Event 03 –      He must shape steal a Lieutenants body (two stars) to gain access to the Colonels office.

Event 04 –      He must shape steal the Colonels body (three stars) to gain access to the prisoners cell.

Cut scene – Kurtis transforms back into his own shape.

Shape steal a guards body if you need to pass other guards with the prisoner. They will not challenge you if you look like them.

Event 08 –      With the power turned off make a dash across the dead ground to the fence.

Cut scene – Kurtis and the prisoner climb over the fence.

Event 10 –      Cut scene – Kurtis and the prisoner take cover in the jungle and are rescued by a helicopter.

Suddenly the cavalcade of cars comes under fire.

Event 02 –      Professor appears and tells Kurtis that this is an episode from his body guard experiences.

He must protect the President with a bubble shield and take him to his office.

Use telekinesis to bounce bullets back at the assasins.

Event 05 –      In theLounge the door to the Presidents office is locked.

It is a Booby trap and can not be opened.

While the player is trying to open it and shield the President, more and more assassins are entering the room.

X-ray the lock and this is confirmed by a message.

Cut-scene – President says that there is a secret tunnel into his office.

Event 05 –      Locate the Tunnel leading to the Presidents office.

Protect the President with the bubble shield.

Use the x-ray vision to locate the secret door to the Tunnel.

He bids Kurtis farewell, and leaves him chained up in a cell.

Use ancestral strength to break them.

Smash down the cell door and escape.

Colonel (Lucifer) runs for the missile train while the massive blast doors close behind him.

Event 04 –      Locate the ventilation shaft and smash through.

Exit through a service shaft.

Doors to the Control room and the Missile store are locked.

Door to Store room is open.

Locate the ventilation shaft and smash through.

Event 08 –      In the Control room, get the code to the Missile store from the computer.

Exit through the door into the Corridor.

Switch on the machinery and a missile slung from a roof joist moves along tracks out into the corridor.

It turns and heads for the closed blast door leading to the Loading platform.

Event 10 –      Cut scene – The Colonel (Lucifer) is supervising the loading of the missile train.

On the opposite side of the blast door the missile hits the steel obstruction and explodes.

Out of the fire and destruction walks Kurtis.

The Colonel (Lucifer) picks himself up and orders the soldiers to kill Kurtis.

He climbs on the missile train and it starts to roll out of the hanger.

He jumps onto the last wagon as it rolls past.

Event 01 –      Kurtis fights the soldiers on top of the missile train.

Event 05 –      Destroy the helicopter before it can take off and attack Kurtis.

Event 06 –      Disarm the nuclear missile silo wagons by smashing the radar unit on top of each wagon.

Event 08 –      Cut scene – Lucifer transforms into his true demonic form and grabs a couple of warheads.

He spreads his wings and blasts off into the sky.

Kurtis transforms himself into a winged avenger and launches up after the demon.

Home in on Lucifer and fight him.

Event 02 –      Avoid STINGER misiles launched from the tops of skyscrapers.

Lucifer will fire at the 747 airliners to distract Kurtis.

Kurtis can do one of the following.

1.    Chase Lucifer’s missiles and stop them hitting the airliner.

(This means Kurtis loses track of Lucifer but absorbs the missiles energy and becomes more powerful).

2.    Let the airliner be destroyed and keep fighting Lucifer.

Cut scene – Kurtis throws a massive bubble shield around Lucifer and the warheads explode inside, containing the blast and killing Lucifer.

Kurtis is drained by this final act and falls from the sky.

He survives to return in TR Next Gen (minus his paranormal powers).