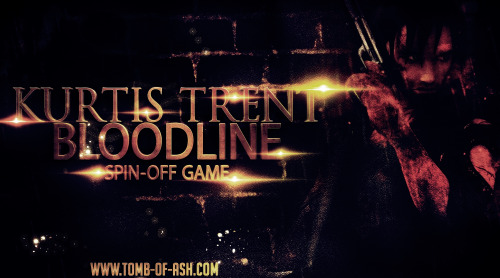 A patient has developed destructive paranormal powers and has wrecked the institute.

The boy is possesed by the demon called Lucifer.

Kurtis Trent and the Professor search the streets in Kurtis’ pickup truck.

Receive mobile phone call. Boy has been found by police and is in custody.

Lucifer jumps from the boy to the Colonel.

The Colonel (Lucifer), is released on bail.

As the Colonel (Lucifer), leaves the police station he passes Kurtis and the Professor coming in the opposite direction.

For a split second Kurtis locks eyes with the Colonel (Lucifer), (his sixth sense is tingling like crazy), then shrugs and hurries after the Professor.

In the boy’s cell the Professor scans for signs of demonic possesion.

Kurtis realises that something has happened and runs after the Russian Colonel (Lucifer).

The Colonel’s (Lucifer), car pulls off just as Kurtis reaches it.

He and the Professor get in the pickup truck and chase it.

The Colonel’s (Lucifer), car is protected by reinforcements and escapes inside a stronghold building.

Kurtis and the Professor shoot their way into the stronghold.

They search it and find evidence of the deadly Piraniah virus.

An Ebola variant designed by the Russian military for a secret bio-weapons program. It has been smuggled into the USA by the Colonel’s criminal network.

The Colonel’s (Lucifer), helicopter crashes as he tries to escape.

His cat is the only survivor and in the seconds before the impact the creature was taken over by Lucifer. It escapes into the night.

Kurtis and the Professor share a visionary dream where the cat and Dr Phil Yates are together in a library.

They over hear a conversation between the Doctor and Lucifer.

They go to the Doctors mansion to investigate.

The Dr has been taken over by Lucifer.

Kurtis fights his way into a conference where Dr Phil Yates (Lucifer), and Major Jean Rochelle exchange technology for cash.

The Dr is selling nano-technology to the Major who is working for a rogue nation state. This country’s dictator wants the deadly Piraniah virus and the nano-technology to be combined into a weapon of self-replicating mass destruction.

The Major has a freighter with a secret laboratory onboard.

The plan is to manufacture the deadly nano-tech virus out in the safety of international waters.

From there the lethal cargo will be transferred to other ships and distributed to whatever terrorist gang is crazy enough to use it.

As Kurtis fights his way into the conference, Lucifer jumps from the Doctor to Major Jean Rochelle.

The Major (Lucifer), guns down the Doctor when he escapes from Kurtis in a helicopter. (He reasons that the Doctor knows too much).

Kurtis rolls over a dead guard. The man is wearing a Russian sailors outfit under his over coat.

This gives Kurtis the clue to investigate the city docks.

Major Jean Rochelle (Lucifer), has been turned by the demon and is now planning to use the deadly Piraniah virus for himself.

He plans to pump it into huge rail tanker wagons and transport it by train into the city.

Then an explosive charge on each of the wagons will spread the virus across the city and eventually around the world as the population panic and try to escape from the airports.

Kurtis finds the Russian freighter at the docks and boards the ship.

In the ensuing fight with the Major (Lucifer),  he is knocked unconscious and is sent back to key moments in his life.

First he must save his mother – Marie Cornel and infant self from a death squad in an abandoned mine complex.

Next he is transported to a military raid and has the opportunity to re-write history.

Then he is sent to rescue his arch enemy Major Jean Rochelle from an enemy prison. (This episode happened ten years earlier when they served in the army).

Lastly, Kurtis has to protect the President from an army assasination squad.

Each of these experiences gives Kurtis a new paranormal power so that when he wakes up he is more powerful and can fight the Major (Lucifer), on equal terms.

The Major (Lucifer), is beaten back by Kurtis and decides to escape on the train carrying the deadly virus.

The rail tanker wagons have been concealed inside the freighter’s hold and as they emerge into the open Kurtis leaps from the ship and lands on the last wagon.

Kurtis fights his way along the train.

Each tanker wagon has an explosive charge planted on it and Kurtis has to disarm each wagon in turn.

Finally he confronts the Major (Lucifer).

Lucifer then emerges in his true demonic form and grabbing a canister of the lethal Piraniah virus he flies into the city.

Kurtis transforms himself into a winged warrior and pursues the demon.

They fight over the city.

Military helicopter and missiles try to shoot both of them down,

Finally Lucifer is beaten, but in a suicidal last act he begins the countdown to detonate the Piraniah nano-tech bomb.

Kurtis throws an energy shield around the demon and the bomb and when it explodes the effect is contained.

Drained by this last act Kurtis tumbles from the sky.

He has lost his paranormal powers and is now ‘human’.