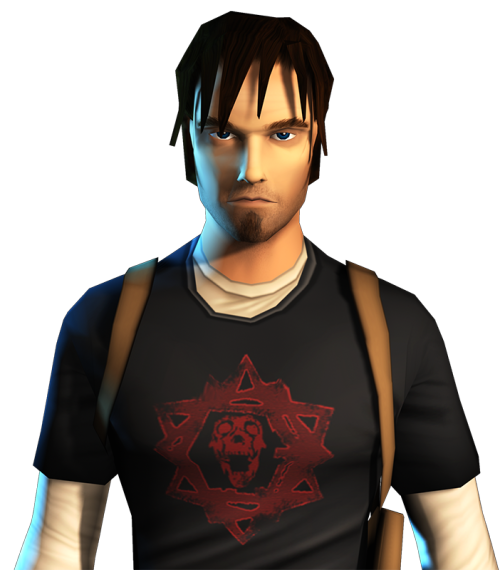 A few Murti Schofield’s (lead narrative designer for the Angel of Darkness) drafts for the AOD story appeared online. All Kurtis Trent facts are collected below

KURTIS TRENT ex-legionnaire and freelance agent. Raised as a Lux Veritatis initiate but
rejected the role prepared for him by changing his family name and joining the Legion.
Took on the Lux Veritatis mantle when his father Konstantin Heissturm was hunted down and killed.

**Please note that Konstantin’s render is my own work and is by no means associated with the original game.