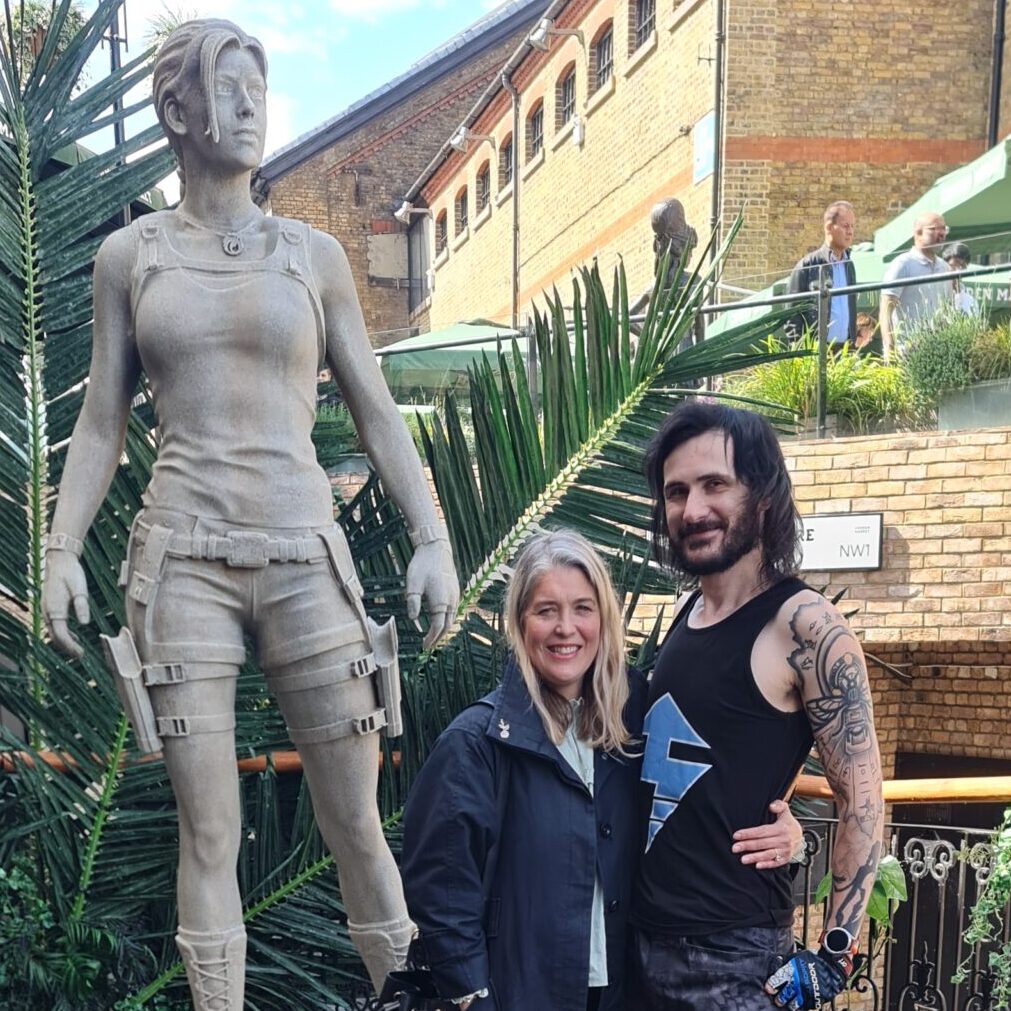 Today I went to London to catch up with a few friends, experience the “Tomb Raider Live Experience” and meet the voice of Lara Croft herself.

Spoiler – not all of those activities were equally pleasant.

I treated this trip down South as an early birthday treat for myself; surely a real-life Tomb Raider experience would be the best gift a fan could wish for, right? A couple of weeks prior, I asked the voice of Lara Croft from some of my favourite Tomb Raider games – Jonell Elliott to meet us after the event. We have known each other for a couple of years online now, had a crazy joint video interview and even worked on an animation together, but we never actually met. Jonell got me a willie keychain (she knows her target audience here :D), a doorstop and a birthday card. Did I mention she is probably the nicest person you’d ever meet!? Jonell if you are reading this, thanks for taking your time to meet us today, and you totally made the whole trip worth it.

So I put my converse on, packed the bag and after 2 hours on a train and a few minutes on the tube, I got to Camden, where I was greeted by this Lara Croft statue that many Tomb Raider fans treat as a concept of what the new Unified Lara would look like (I really doubt it is that btw). 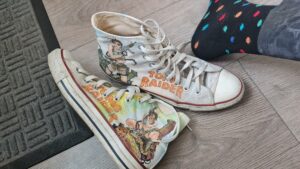 About a month before this a few minor red flags about this whole thing were apparent to us after we noticed quite a few spelling mistakes in the FAQ and Terms and Conditions section of the website, but you know, it’s just spelling and whilst you would think it could be a red flag it is not exactly an “OMG WE ARE IN SOVIET RUSSIA” type of red flag if you get what I mean. After all, this company does Crystal Maze Live Experience which is absolutely awesome (seriously go, it’s great, at least the one in Manchester is). Second, and probably a much bigger red flag, was when the whole thing was open to the public, and they posted photos on their official Instagram and Twitter and I will get to that later.

Anyhow, we got in and after about 2 hours we got out. How was it? Honestly, if I had not met my friends and seen Jonell after it, I would have been so royally pissed off. It literally felt like an odd collection of escape rooms with very little reference to the game series yet using its name. If this was a film based on Tomb Raider, then Uwe Boll would definitely be its director. The sheer lack of Easter eggs and very poor verisimilitude of the entire franchise is shocking! I’m not just saying it as a classic fan either, Reboot or Legend-era fans would find very little here too. There are 4 characters from the game series (three of which are just voice recordings you get to listen. One of the pre-recorded characters is Lara herself, unsure if it’s Alicia as I have never seen the film, oh and when you get to hear the recording you see the latest Tomb Raider film poster as her avatar, I shit you not they couldn’t even borrow a render of some sort. Why even Alicia’s voice? Why use TR films as a reference at all? Whose idea was this? My ex-colleague always thought Tomb Raider is just a film franchise, was the creative behind this thought the same thing?), one cute reference on the card that you’d use for the photo booth (which was out of order btw, naturally we were not refunded anything for their disorganisation), there is a ship area that has a couple of props (i.e. a Bow) and, well, that’s it. Was it so hard to replace the collectables with, I don’t know, secret gems from the Underworld, Roses from Tomb Raider 5 or dragons from Tomb Raider 2? Anything at all? You had more than ten games in the main series to find some Easter eggs and objects to use, and you couldn’t find anything? You couldn’t 3D print some skulls from Tomb Raider 4 and make them useful and even create some minor story behind them as they weren’t important to the plot of the game itself? Was it not possible to source an actual Lara Croft voice actress (THREE of whom live in London) to do voice recordings? Why bank on Alicia, who is not even that hugely popular within Tomb Raider fandom?

I am honestly so disappointed, especially since this same company brought us the Crystal Maze Live Experience, which is absolutely fantastic. Honest, if you are stuck choosing between this and Crystal Maze, go for the latter.

Was it not possible to invite a group of Tomb Raider fans as a focus group and ask for some ideas if you couldn’t be bothered to do research.

Oddly, I actually don’t think Tomb Raider fans were a target audience for this thing. On their opening night, they invited a group of “InFlUeNcErS” some of whom looked like fashion bloggers (some even wore high-heels which are not permitted at the Live Experience). Yes, a couple of cosplayers whom I know personally as die-hard Tomb Raider fans went too, but evidently, from the official social media channels, they were not the stars, and this is a major hint who they are attempting to get to enjoy this.

Basically, the target audience here is someone who played Tomb Raider a few years back or had only seen a film. Think of your distant cousin Chad, who plays FIFA and played Tomb Raider in 1998 (or even in 2013). He would probably enjoy this.

Your boss, Fred, would invite your team to this too, because you are one of his favourite employees, and it was a gift for you, a big “Lara Croft Angelina Jolie fan”. Fred would then post how he “and the whole team absolutely enjoyed this immersive experience and collaborative concept to think strategically and use a wholistic approach to achieve a common goal” on his LinkedIn. Your teammate Jessica would also praise this as a hardcore mobile gamer, and would add that she “grew up playing Laura Croft games“.

If we look at this as someone like the aforementioned Chad though, you’d still find it a bit disappointing in certain areas. For example, there is this room that looks like cave where you’re split in groups to sort out numerous puzzles. You are limited to 7 minutes or so per room, so you are pretty much rushed through it, whilst in other areas, where a highlight was just a drop onto the inflatable mat, you spend about 5-10 mins just waiting for the door to open. I’d rather skip that and spend more time in the cave room as it is there where you really feel, at least remotely, a Tomb Raider. 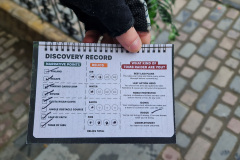 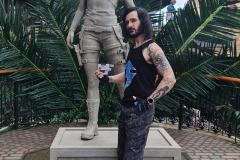 As a Tomb Raider fan, you could do it for the sake of having it done for your bucket list, but I’d recommend attempting and getting tickets for Aldwych station tour instead (it’s likely be same price or cheaper even).

It is truly sad that for the 25th anniversary of the franchise this is the biggest thing we’ve got. Unless you find cookbook worthy of TR25 (I don’t).