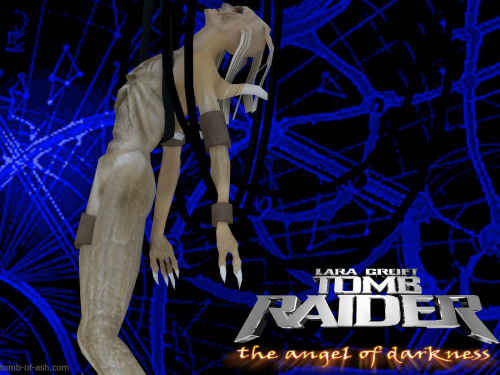 Game II kicks of by revisiting the ending of AOD, after events at the Strahov, where we all thought we knew the fates of Lara, Kurtis and Karel. Well think again. (See document which revisits the final scene of AOD and puts a new light on the entire concluding scene between Lara, Kurtis and Karel).

KURTIS survived and managed to crawl into the relative safety of the Vault of Trophies. There he went into a protective toxic coma and later, much much later, escaped making his way back to the place of his birth at Utah Salt Flats where his mother & family tribal elders took him in whilst he convalesced.

Later, onboard a Nato transatlantic convoy, he met up with an old buddy from the Foreign Legion and heard disturbing rumours about disquieting events in the Languedoc region of southern France. Kurtis had once followed a trail which led him to believe that a Lux VeritatisBloodline Room might be located there. There had been some possibility that it might also have been located in Castle Kriegler,hidden away beneath its ruins in extensive catacombs and tunnels but Kurtis’ money was on the ruins of Montsegur.

Kurtis decides to go and check out the rugged region around Carcassone first. This blood soaked landscape is where the Cathar/Albigensian ‘heresy’ was so brutally suppressed around the time that the Knights Templar were also persecuted and scattered. Beneath the fortress of Montsegur, deep in the quarried subterranean quarters, is a massive vaulted door protected by occult seals and slumbering, deadly guardians. Inside there are vital clues to where the Lux Veritatis hid the last two Nephilim Sleepers.

There were always three Sleepers and Karel wants the remaining two Nephilim Uyuyanlar to continue his unchanged dream of reviving his near extinct race and set it in dominion over the dark age that is looming. Everywhere on the planet there is war, slaughter and strife and amidst such all consuming chaos his great shadow-plan has every chance of gaining ground before coming to anyone’s attention – until it is too late of course.

LARA meanwhile, has been recuperating with her once-mentor Putai in the heat and isolation of the desert landscapes of North Africa (El Hawa, Lara of Arabia). She too picks up rumours and signs of Nephilim-Karel’s survival and has begun tracking his moves as tries to recover his strength and powers.

Karel is in action again. He has hunted down the only other living descendant of a Lux Veritatis initiate, Vasiley, and tortured her into translating the unbreakable LV code of the Sleeper Scrolls. The name rings a bell, Morgau Vasiley. It emerges that Mathias Vasiley, the murdered dealer in Prague, was a rogue Lux Veritatis initiate expelled from the Order in the 1950’s for degenerate behaviour. He should have been terminated by the Order but disappeared and re-emerged decades later with a new identity and a daughter tutored in basic LV skills. The unfortunate Morgau never had the true training that made Kurtis unique and when she came to Karel’s attention she suffered terrible treatment, which left her mutilated and unhinged. Whatever, the end result was now that Karel had the Sleeper Scrolls at least partially translated and subsequently knows where the last two Sleepers are hidden – or are likely to be hidden. Lara has to go after Karel and scupper the Nephilim Shapeshifter’s plans, again.

For Kurtis the clues at Monsegur seem to indicate that the Sleepers are back at one of the ancient original sites in Anatolia, Turkey and Karel, along with the pain-slaved Morgau, hightail it to the Cappadocian plains and the Gőrėme valley.

Eckhardt planned and built a base here once on an ancient site but never got to use it before he was incarcerated beneath Castle Kriegler. (It’s weird, deep and scary and of course ideal for our heroes to bash the living daylights out of creepy abominations). Time for intense subterranean action in the underground cities of Anatolia –  Nevşehir, Kayseri, Kaymaklı Derinkuyu and Niğde along the Gőrėme valley.

Gunderson and Rouzic the Illusionist are reassembled by Karel posing as Eckhardt. The Cabal survivors presume Karel perished at the Strahov and have no idea he was a Shapeshifter or a Nephilim. They get introduced to the three replacement Cabal members by Eckhardt who explains to them all about the two remaining Sleepers and why he needs them.

The LV Scrolls that were part translated by Morgau put the site of the last Sleeper in a sunken Nephilim complex in a huge underground lake. Cabal forces are sent ahead to secure the location and assemble a massive submersible platform (a huge lunking steam punk contraption) to access the Sleeper at the sunken site. It also comes to light that the other Sleeper was destroyed in a Lux Veritatis action decades ago, so this really is the last one. No mess ups this time.

Gunderson and Rouzic are antagonised by the new Cabal members. Bitter rivalries are blossoming already. This is not a collection of easy going personalities and mutual venom and infighting is rife. The newcomers are mocked as inadequate and Gunderson says that running the Anatolian-Sub operation is what Karel used take care of so well. Pity he’s dead.

Not so, says Eckhardt and morphs into Karel giving everyone the conniptions, especially the newcomers. Shit! What have they let themselves in for? They are all pretty scary individuals in their own right but this takes some adjusting to.

Karel goes on to explain how things are going to be, promises them wonders and victories and gives them their orders. He’s lying of course but what do they know.

Towards the close of WWII, when the misdirected Allied bombers were bombing Castle Kreigler and unknowingly setting the monstrous Eckhardt free the Nazi Kommand was looking to re-establish its power base in places as far flung as Argentina, the Himalayas and remote Scandinavian regions. But the most ambitious bunker base was located in Antarctica. (imagine what fun could be had with Nazi-Nephilim….wow!)

Various branches of what had once been Eckhardt’s breeder programme back in the 1300-1400’s have survived and have continued in various remote parts of the world. Some of these obscene experimentations were carried out under the guise of the 1930’s and 1940’s concentration camps. As the thousand year Reich began to implode large shipments of equipment, research data, materials and personnel were shipped off to their remote Antarctic base in the ice-locked mountain ranges far beyond reach. This had been under construction since the 1930’s and by the end of the war was complete, ready to receive the results of the Dunkle Welten Programme (Dark Worlds) into its bunker complex.

So, guess where Lara and Kurtis are going to end up…? Yep.

Genesis by W. A. Harbinson.

At the Mountains of Madness by Lovecraft 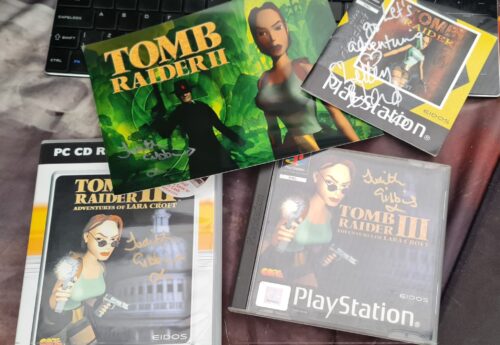 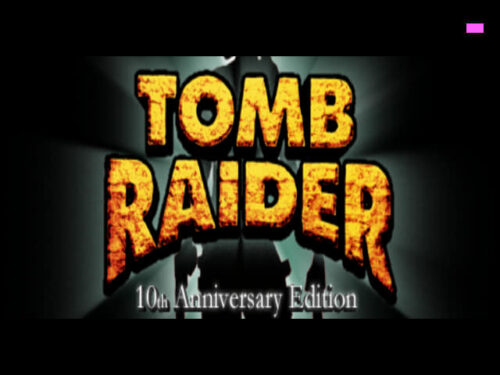 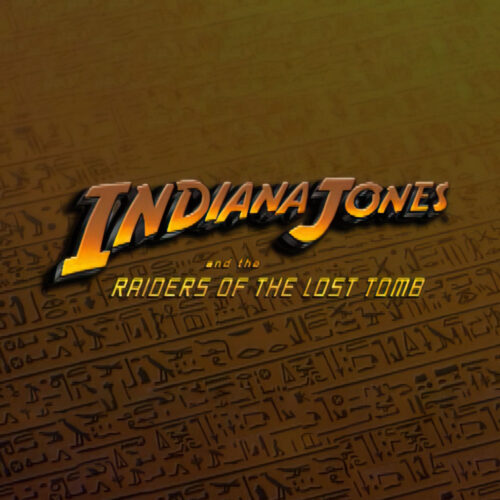