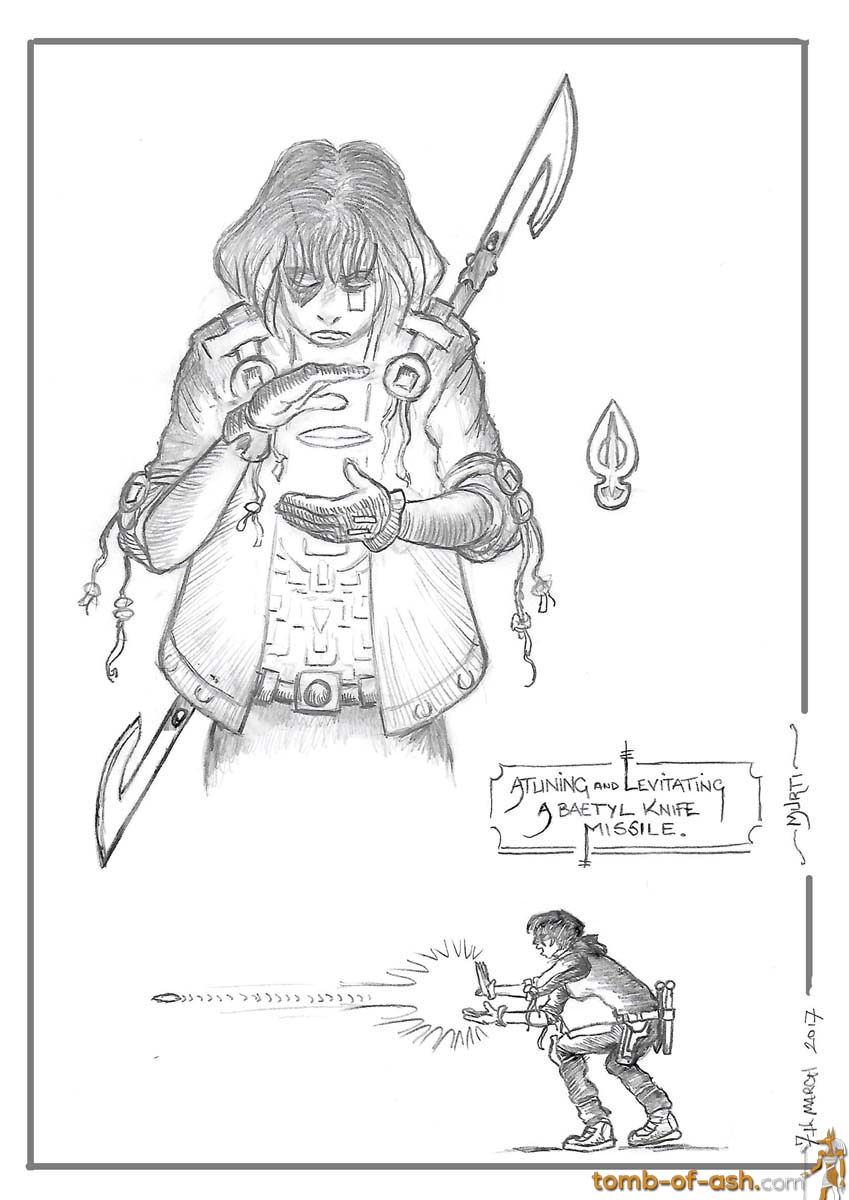 MORGAU’S PHYSICAL MAKE UP – A SUMMARY. 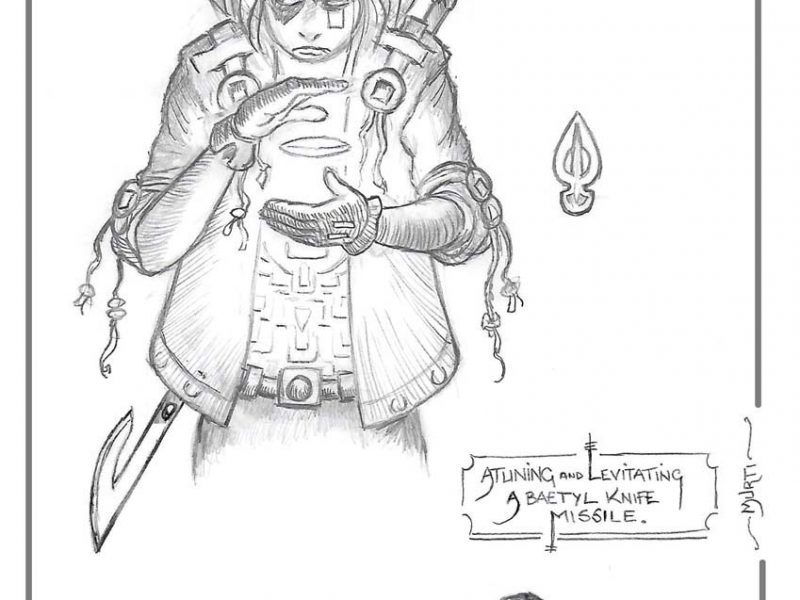 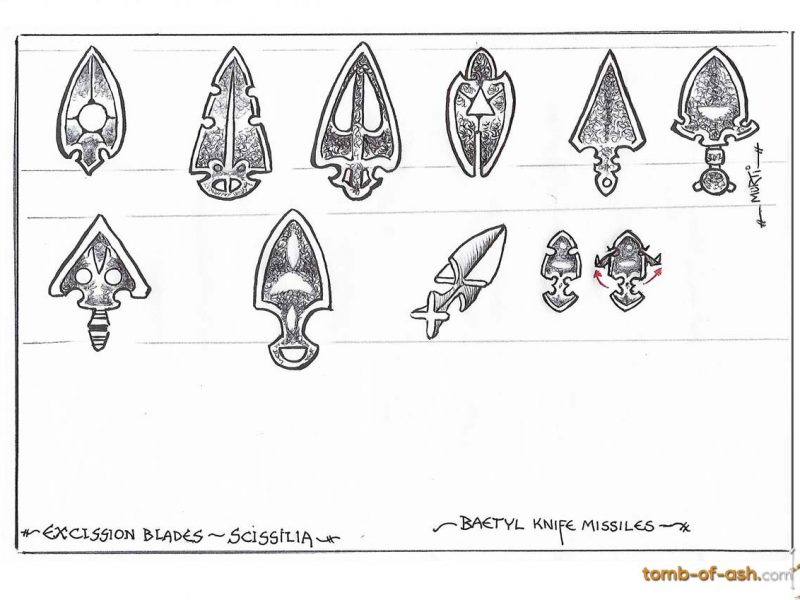 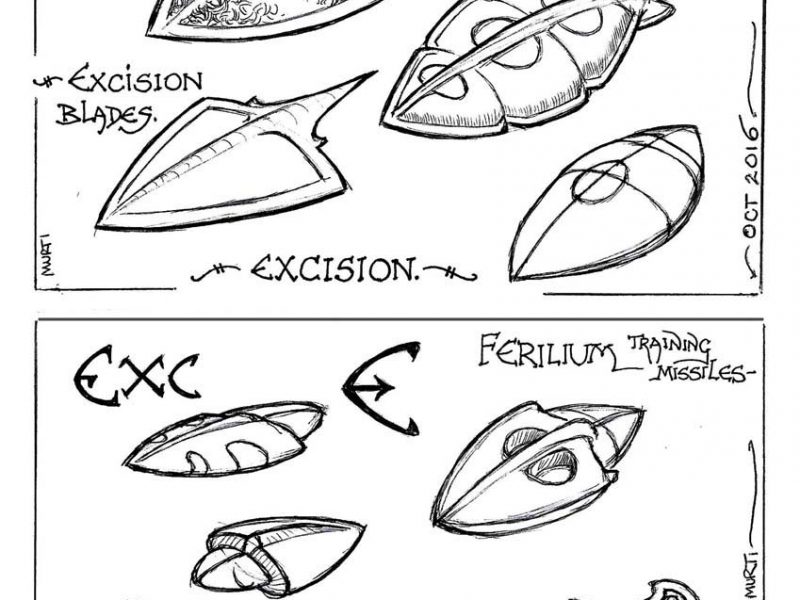 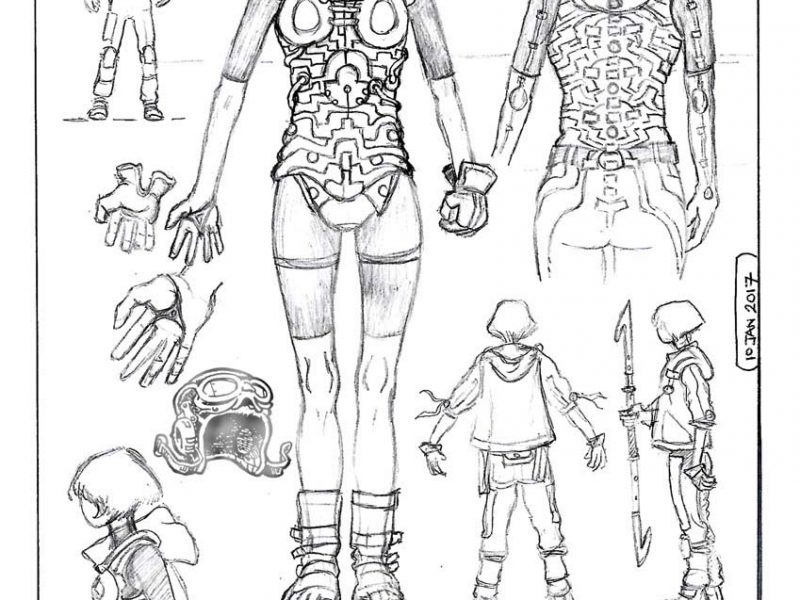 Another exclusive Angel of Darkness document from Murti Schofield, the writer of the game. The document reveals more details about Morgau Vasiley, one of the planned characters from the game.

MORGAU’S PHYSICAL MAKE UP – A SUMMARY.

What Morgau has become defies easy summation. It is certainly something other than human – possibly the name Lilith would have been appropriate after all. [in Game II someone makes the mistake of taunting Morgau with this name and pays the price.]

Her skin is albino pale. Her body slender. Her eyes milky blue, until something triggers her latent psychic powers when they become translucent. This is the time to beware as it is also the time when her tendency to erupt into frenzied Hulk-like violence is nearest the surface.

Physically Morgau is a mass of contradictions. It is almost as if her body is at war with itself, attempting to tear itself apart. Though immensely strong and fast she is at the same time incredibly vulnerable being dependent on the specialised elixirs that keep her functioning at such a high peak. Her torso is encased in an armoured corselet or cuirass, not entirely dissimilar to that worn by Eckhardt. Whereas the Black Alchemist’s chest plates and metallo-mesh bodice is to hold his physical form together after the ravages of his centuries long confinement Morgau’s is there to deliver the alchemically derived elixirs and bio-essences that maintain her life.

Beneath the corselet Morgau’s torso is semi transparent. Close examination would reveal her internal organs functioning as if viewed through a murky X-ray screen. Her spine is exposed along its length each vertebrae being welded to rows of bone, silver and ivory rods which in turn are interwoven with carbonite threads anchored to her entire skeletal structure. The corselet-prosthesis delivers the necessary life support through a network of fine tubing.

Despite inhabiting a physicality that is so flawed and at war with itself these augmentations mean that Morgau is incredibly fast, strong and preternaturally quick to heal. [for more details see: Morgau Vasiley Hope Or Peril.]

On one occasion she led an incursion team into an enemy LV base in Russia but in the heat of battle her unpredictable psycho-fury became triggered, possibly by proximity to an LV Adept. Whatever the cause she erupted into a maelstrom of slaughter, killing the Adept, the opposing forces, her own squad members and destroyed much of the surrounding building. When she returned to the Strahovwith nothing to show Eckhardt was incandescent with fury and was only dissuaded from punishing her brutally by Karel. The Shape Shifter was delighted with the way this unique asset was shaping up and he convinced Eckhardt to send Gundersonout with her out on more missions to test the extent to which she might be controlled. Morgau and Gunderson were constantly at each others throats, which suited Eckhardt’s way of keeping the Cabal from engaging in plots to overthrow him. Divide and rule – a favourite strategy of another megalomaniac who threw Europe and the world into bloody conflict for six years in the 1940’s.

A brief summary of how Morgau encounters Lara Croft and Kurtis Trent in subsequent games is found in other documents.

At this stage Morgau exchanges mutual hostility with all members of the Cabal and lower ranks – everyone  she comes across really. She defers only to Karel, or Karel-as-Eckhardt as he first appears to the reformed Cabalists. When the Eckhardt charade is finally dropped and everyone accepts that the Black Alchemist really is dead and dust and that Karel is now numero uno Karel keeps Morgau in check by promising her that there might be at least a partial remedy for her dependencies.

There is an ancient Mayan equivalent to a modern genome sequencer that could unravel the damage done to her body. Utter nonsense of course but by this time Morgau’s body has shown an alarming tendency to erupt into weird metallic extrusions, similar to the grotesque semi-crystalline growths witnessed on Bouchard’s man in Paris. Morgau is inclined to seize any chance of a remedy with fists bleeding if she has to. If left untreated she would be suffocated by her own monstrous extrusions. And so she toes the line and carries out Karel’s bidding…for now

Karel is delighted at the way things are progressing. He even assists her in gaining possession of a genuine LV weapon, the Culcrys, something no one else can wield without losing limbs and body parts they want to remain intimate with.

He sees Morgau as a foil to the young adventuress Croft, who refused his offer of a place in his plans for a new world beginning at the end of AOD. In his eyes Morgau is a shadow Lara, the perfect deterrent against the Amazonian threat. Morgau will also be a match for the Lux Veritatis Trent, matched as they are with LV Irenwaepn.  Chirugai –v- Culcrys what a grudge match that would be.

Suffice it to say that as The Lost Dominion kicks off the first contact (as far as the three key antagonists know) between Lara, Kurtis and Morgau is characterised by violence on an epic scale. Yes, extreme warfare, arcane combat and pyrotechnics will be the order of the day.

No one is interested in spending time trying to empathise or ‘understand’ anyone’s damaged childhoods. None of them are inclined to consider their adversary’s point of view. There is little time for anything except kicking the bejabbers out of the f***er who is currently trying to kill you. It is vicious, merciless conflict with no prisoners.

Kurtis is looking to re-establish the Lux Veritatis along its original enlightened path, an obligation laid on him by Karel in the previously unrevealed ending to AOD. He sees Morgau, initially, as a prime obstacle to that goal. The fact that things shift and he comes to an uneasy alliance with his erstwhile foe would unfold in Game III. It is not an easy association with someone so seriously damaged as the barely human Vasiley – but it might just work.

Lara meanwhile is beginning to unearth evidence of how something of Eckhardt’s work seems to have had an astounding influence on her own roots, her family, her bloodline and that of many prominent figures throughout recorded history.

The emergence of the truth behind the Sangreal legends and others such as the Calix Immanis (Savage Cup) offers a disturbing possibility that something or someone is responsible for many of the ‘enhanced’ individuals that have marked the pages of history with their achievements, right  up to and including the present day. Is there something to the theory of a shared ancestry for all the heroes we admire and know so well? Who knows.