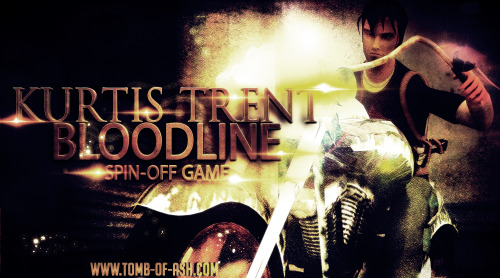 The motive for, and circumstance of the first scene of the game

Kurtis in a cell, how or why is something he is just not aware of. What he is sure of is another inmate is sat quietly, pondering. The inmate notices kurtis’ glance and move’s toward in a slow and understanding sweep.

“How do you feel” he enquires. “The next will surely be your last trip”

“er’ I’m fine, just dazed, I remember nothing ” mumbles kurtis trying to prop himself up.

“what the hell has happened to me? Who are you? And where…..”

Excitedly the other inmate interrupts “while you where away I had an idea. We start a fight to attract attention. Then break out of this god damn place”

Already out of breath he jumps up and mimes the scenario.

Simply he explains “we fight…. the guard comes…. then we strike”

Kurtis, still dazed and unsure of anything he takes reassurance in the inmates enthusiasm.

“I’ll get you out, you can trust me. I know this place inside out” he whispers kneeling back down to Kurtis’ side.

The purpose of the second inmate is to guide kurtis through the initial maze of cells in order to familiarize the player with the game play, and actions which can utilized.

Initially the fight, then moving bodies to avoid detection.

There is also the reason of  kickstarting the game.

The first fight even though it is rigged is an actual fight where Kurtis uses basic punching skills. Leading to the inmate moving the guard’s body to the shadows of the cell, teaching Kurtis the importance of hiding his tracks and the benefit of shadows.